Ganesh Venkatraman has now become one of the heartthrobs of Tamil cinema, especially after his last Tamil film, 'Theeya Velai Seyyanum Kumaaru'. The young actor will next be seen in the crime / action thriller, 'Ivan Veramathiri', in which he joins hands with director Saravanan of 'Engeyum Eppodhum' fame and actor Vikram Prabhu. He again dons the role of a police officer after Kamal Haasan’s 'Unnai Pol Oruvan'.  Ganesh is also playing the antagonist in 'Guns of Benaras', the Hindi remake of the super hit film, Polladhavan, which was directed by Vetri Maaran. In this interview with DC, Ganesh opens up about playing cop and also being able to slip into the role of a crude villain and choosing stories over roles. 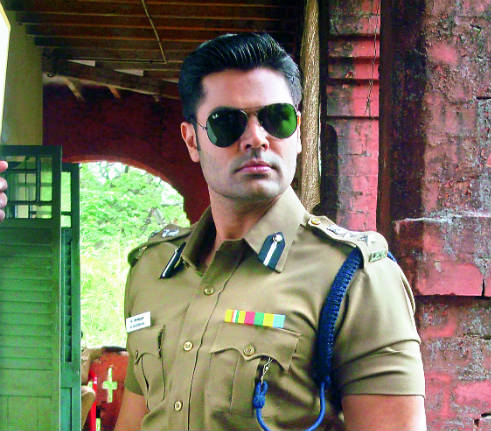 For a while, Ganesh reveals that he breathed and lived as Aravindhan I.P.S, the character that he portrays in 'Ivan Veramathiri'. Touted to be a racy thriller, the film has been certified U and will hit the theatres on December 13. Ganesh was reluctant about accepting the project as he was seen as a police officer in 'Unnai Pol Oruvan' too. But he says that Saravanan’s script was so compelling that he couldn’t resist being a part of the flick. “If one has watched 'Engeyum Eppodum', one will understand that Saravanan is an expert in chiselling a character. When you leave the theatre after you watch the film, you almost take every character back with you. As I worked with him in 'Ivan Veramathiri', I began to understand that the scenes might come across as regular ones. But Saravanan’s approach and presentation are novel. I was floored when I realised that,” says Ganesh.

'Ivan Veramathiri' is produced by director and producer Linguswamy along with UTV Motion Pictures and the film is Ganesh’s third venture with UTV after 'Unnai Pol Oruvan' and 'Theeya Velai Seyyanum Kumaaru'. “At the outset itself, I was confident about the film and I believe that it will turn out to be a hat-trick,” says Ganesh. “And I personally love donning the khaki uniform. Maybe, it’s an unfulfilled desire of my childhood,” he laughs. The action sequences in the film have been meticulously planned and executed and Ganesh says they have an interesting and realistic touch too. “Through my characters, I like beating the bad guys, doing good for society, and of course, I add authenticity to my roles,” he smiles. 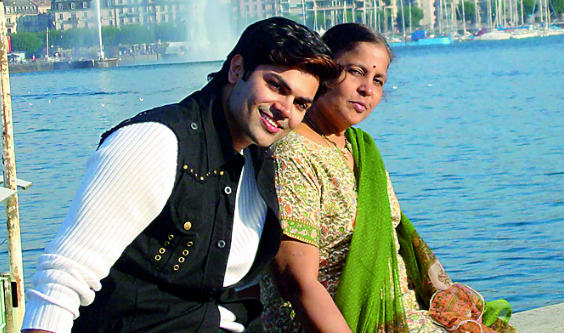 Cinema didn’t happen serendipitously for Ganesh, who planned to leave for the U.S. to pursue higher education after completing Electronic Engineering in Mumbai. He was a college topper and he was harbouring dreams of taking up Computer Engineering. But he experienced an identity crisis then. Having been a model and theatre artiste since his school days, Ganesh was strongly inclined towards artistic pursuits. “I began to work in an IT firm then, but I was battling with myself about what I wanted to do. So my schooldays experience of staging dramas and modelling came in handy when I was advised to try my hand at cinema,” says Ganesh. The actor is the proud winner of the Gladrags Mr. India contest in 2003 whereafter opportunities began to flood in. “So, I took a sabbatical from work to give my undivided attention to the commercials and films that I was offered. I always knew that I could still go back to what I was doing if cinema didn’t work out for me, thanks to my education that gave me that strength,” he says.

Although Ganesh had a structured route to enter cinema — from modelling to television to cinema — it was not easy. “It was a tough run. I don’t think success teaches anything. It’s trials and tribulations that teach us life lessons. But one should not give up on self-belief. Failure is also a part of an actor’s journey. I have learnt to accept bouquets and brickbats too,” he says. 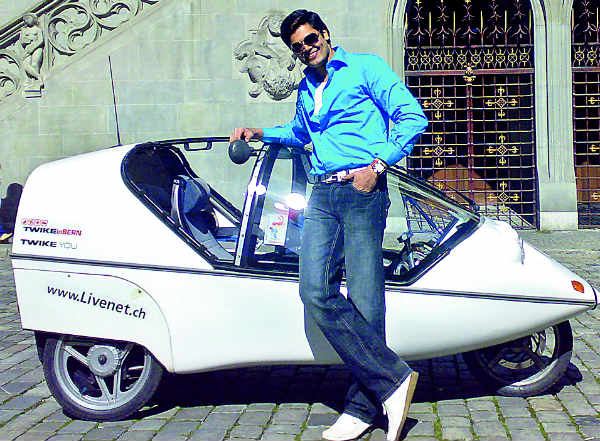 Ganesh credits Kamal Haasan for helping him understand the nuances of cinema and moulding the actor in him when they worked together in 'Unnai Pol Oruvan'. The actor has been fortunate to team up with stalwarts like Mohanlal and Nagarjuna too. “Working with Kamal sir was an enriching experience. He made me think laterally and he widened my way of thinking and helped open my vision. He advised me to accept diverse roles,” says Ganesh. Being true to words of wisdom from the legendary actor, Ganesh reckons that he makes conscious choices in choosing his characters. “And that’s why I agreed to act in Guns of Banaras in which I’m an antagonist. From being a cop in Ivan Veramathiri to a bad guy in this one, the change in role has demanded me to be physically and psychologically prepared,” he says. With every role that he chooses, the actor is determined to show a huge difference for “Predictability is the death of an actor,” he says. “The audience expects variety from an actor and cinema has changed so much. We have to catch up with it and be in vogue,” observes Ganesh. According to him, too much inspiration might not do good for an artiste. “Sub-consciously I might end up acting like the stars whom I watch in some great films. To avoid that, I have intentionally cut down on watching a lot of films these days, because I want to be original and let my imagination take charge,” he says. 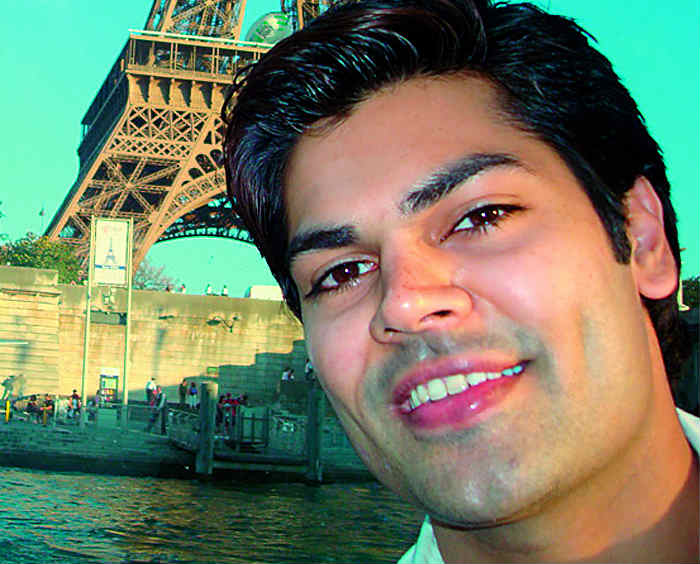 Writing is an activity that’s close to Ganesh’s heart and the actor writes a detailed note on all the characters that he dons and before he begins to act, his notes help him gain better clarity about his role. “I’ve been writing since my childhood. When it comes to my characters, I create an elaborate sketch of my character to understand what sort of a person he is, what kind of life experiences he would have had and how well I can shape him up. This exercise has helped me a lot in comprehending my characters,” says Ganesh.

In the upcoming flick, 'Acharam', which is directed by Mohan Krishna, a former associate of director Radha Mohan’s, Ganesh plays the lead role. In movies like 'Theeya Velai Seyyanum Kumaaru' and 'Unnai Pol Oruvan', he carried off supporting roles. How do these choices happen? “Acting is not about self-exhibition,” he says. “The story is the hero of the film. I am okay being the lead actor or a supporting actor,” says Ganesh. From being a stern police officer in Unnai Pol Oruvan to a charming chocolate boy in 'Theeya Velai Seyyanum Kumaaru', Ganesh says that he gives his best to strike a balance. “But the story line of the film has to be compelling and before signing up for a project, I put myself in audiences’ shoes. As a viewer, if I like the story and if I believe that it will give me a great watching experience, then I accept the offer,” he says.

For the heartthrob he is, Ganesh shockingly reveals that he has been relatively unlucky in love. “If I like someone, that girl likes someone else. So at the moment, I’m focussing on my work and I don’t know when I will get married. But mentally, I’m prepared for wedlock. I thoroughly love the concept of marriage and dedicating my life to one woman. But let’s see who I’m going to find,” he laughs.