One can call it a coup of sorts with national award winning filmmaker Pandiraj bringing together Silambarasan and Nayanthara, the once lovey-dovey couple who is well estranged now for his upcoming untitled flick which is jointly produced by him and the actor. The movie marks the sensational pair who hit headlines for their glorious affair and then breaking up after their blockbuster Vallavan in 2006. 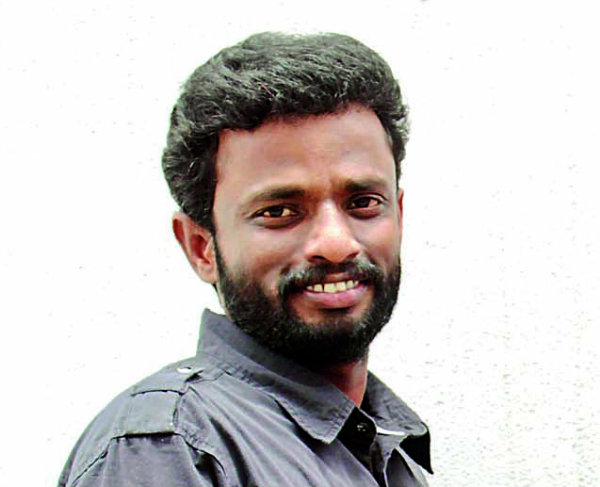 Confirming the news to DC in an exclusive a beaming Pandiraj says, “After I finished the script, I felt Nayanthara would be the apt choice for my female protagonist. I make this film on a first copy basis and STR is the main producer. So, first I asked STR if he had any reservations acting along side of Nayan for which he said no and gave a green signal. But I was apprehensive to approach her since I was not sure as how she would react to team up with Simbu once again. So, I took a different route to initiate the talks. My cinematographer Balasubramanieyam is also cranking camera for Nayan-Udhay’s current project 'Idhu Kathirvelan Kadhal'. I asked his help to talk to Nayan. He was also hesitant but I insisted one thing, ‘just tell her that I want to narrate the script over phone’. Perhaps she was in a good mood when Bala asked her and she agreed to listen to my script over the  phone.”

Pandiraj says that it was purely on the merit of the script that made her give a nod to my film. “I had to convince Nayan a lot since she had a hesitation to team up with Simbu after they split up years ago. I told her to look at it professionally since it is a common thing in Bollywood where star couple splits up and acts together in films. And finally, she fell in love with the script and agreed to come on board”.

Nayan who celebrated her birthday on November 18th is presently the numero uno with back to back hits — 'Raja Rani' and 'Arrambam'. So, how about the big remuneration she commands? “Oh, Simbu being the producer, it is his call and all is well with my hero who has finalised her and she has signed on dotted line”, Pandiraj quips. A city based slicker, Pandiraj promises that there will lot of surprises in the film.