For decades, the idea of a superhero conjured images of Western characters that flew with a red cape or spewed webs to save the planet. That image has been overturned to a large extent with the advent of our very own desi superhero, 'Krrish'.

Right from taking on the bad guys with his parkour-like skills to sporting an edgy look, 'Krrish' has, to a great extent, shifted our focus from his international counterparts. 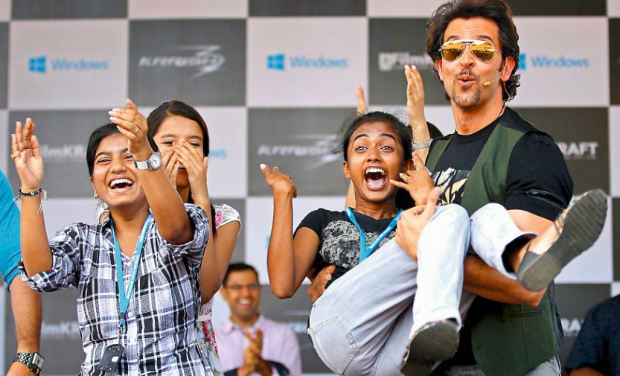 While Hrithik Roshan is humbled by the adulation, he believes it is too early to draw comparisons with Hollywood characters. “I think it’s premature to directly compare ourselves with 'Iron Man', 'Avenger' series etc. Having said that, 'Krrish' as a character has grown over the decade. There are children who have grown with the character right from 'Koi Mil Gaya'.”

A lot of it has to do with the money pumped into these projects. “The amount of money that would have put into shooting one scene of 'Avengers' would suffice for wrapping up the entire schedule of 'Krrish'. So in that sense, we have a long way to go. But I am happy about the unanimous love for 'Krrish' as a superhero,” he adds.

The growing popularity of a character can be gauged by the euphoria created around a film’s merchandise. And 'Krrish' has been successfully churning out those. Samir Jain, executive director of Green Gold, the company that handles merchandise for Chhota Bheem and Mighty Raju, says that there is a huge demand for it in the market. “The older generation grew up with Western culture and Superman and Batman were their idols.

But Indian kids today are spoilt for choice with 'Krrish', 'Chhota Bheem' and 'Mighty Raju' to look up to. They relate to the Indianess of these characters. They relate to a simple guy who fights against wrong things and parents encourage children to watch them because it teaches them important values and lessons of life. “When children are fascinated with a superhero they want to have him with them all the time,” he says.

Elaborating further, Luis Fernandes, former editor of Tinkle comics says, “Every child has this subconscious desire to be like a superhero. Looking at the success of Krrish, it won’t be an exaggeration to say that the children have found a new superhero to look up to. The most important part for a superhero is that he should be credible, which Krrish is. Having said that, there is a lot of scope for the character to grow over the next few series. It is good to have a homegrown character among foreign characters who have always been admired.” 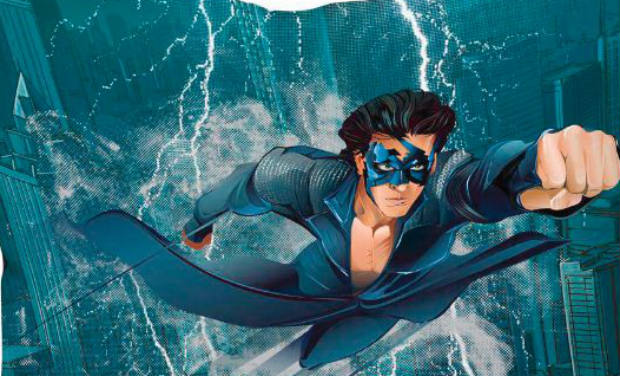 With 'Krrish 3' setting new records at the box office one can only expect more films in the series, making it the first Indian superhero series that is such a big money-spinner. The merchandise of the films continues to attract children and adults alike. We hear the pendants introduced by Hrithik Roshan’s sister-in-law Farah Khan Ali for 'Krissh 3' are selling like hotcakes too. The audience can expect even more elaborate merchandise for the upcoming films.