It is a long journey from the hardscrabble fields of Amroha in Uttar Pradesh to the lush green of the Eden Gardens in Kolkata, but for India’s latest pace sensation Mohammed Shami, it has been a rewarding one even if it took seven years.

Last Friday, the wiry Bengal lad blew the West Indies away to set up India’s innings and 51-run win in the first Test with a fiery five-wicket haul. His match figures of nine wickets for 118 runs were also the best by an Indian fast bowler ever, no mean feat considering where he comes from.

“There’s virtually no cricket back there (in Amroha). There was nothing. But my family backed me, they took me to the stadium in Moradabad, and from there I came to Kolkata... I played from Kolkata (for Bengal), and here I am today,” says Shami.

Coach Badruddin Siddique is generally credited with bringing the gifted but erratic lad to everyone’s notice in Kolkata, where he went though a series of clubs — Town Cricket Club and later Dalhousie Cricket Club — before finally finding a home in Mohun Bagan. “His father, a farmer from Moradabad, brought him to me when he was just 15 or 16. Shami used to reverse the ball even then,” Siddique recalls.

From early on, Shami’s family were the rock his cricket was founded on. “I’m thankful to my family for backing me despite my background and the place I come from. So all the credit goes to my family. Most of all I want to dedicate my debut performance to them,” he says.

Having impressed at the club level, he was soon in the Bengal under-23 team and was good enough to make his Ranji Trophy debut for his adopted state in 2010 against Assam. Three years later, he has all but cemented his place in Team India.

UP’s loss clearly has been Bengal’s — and India’s — gain. Shami also made a strong showing against Australia in the recent one-day international series that India won 3-2, despite bowlers on either side being slaughtered. These displays prompted Team India coach Duncan Fletcher and skipper Mahendra Singh Dhoni to go for form instead of experience, and they handed Shami and middle order batsman Rohit Sharma their maiden India caps.

The rest, as they say, is history with both debutants playing match-winnings roles. In Shami’s case, what stood out was his control — at good pace — of swing. 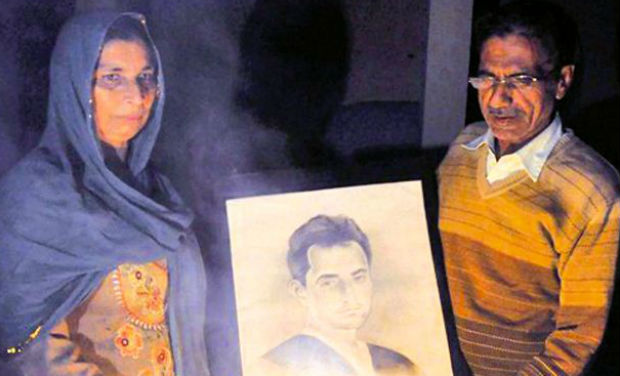 The origins of this ability lie back in Moradabad, where Shami used to ask tournament organisers for old balls to carry away with him and used to practice with them.

Besides Siddique, another name closely associated with Shami’s development is that of Abdul Munaim, also a coach of long-standing repute in the City of Joy’s cricket circles. “Badruddin Siddique is a good friend and he sent Shami to me,” says Munaim.

As a Kolkata Knight Riders player, can the name of Pakistan pace legend Wasim Akram and KKR’s bowling coach be too far away? “Working with Akram has made Shami what he is. Shami was always fast but Akram taught him to control his pace,” Siddique had said earlier.

At the end of the day, for all the inputs a cricketer gets, it is up to him to deliver. “Shami is not too keen on extra work. He prefers to bowl long hours at nets but used to shy away from fitness work,” recalls a long-standing watcher of the game at the Maidan, cradle of Kolkata’s club cricket. “Now that he is under the eyes of the Team India staff, it is a very different story. He is much fitter and stronger now.”

At 23, the world is Shami’s playground. From Amroha to Moradabad and Kolkata, and from the politics that dog Uttar Pradesh’s cricket to the well-organised club scene in his adopted home that gave him every break necessary, it has been an inspiring tale.

And, as the man who was not even born when his idol Tendulkar was playing international cricket said here the other day, “My debut was made with Sachin Tendulkar in the team. So I’m delighted. I’m playing with Sachin in my home ground — that’s the biggest thing for me.” Long way to go, we say!