When piety and rock made for a heady mix

When Usha Uthup rose to fame with her song, "Hare Rama Hare Krishna", in the late 1970s, she brought a revolution to the country’s playback music scene. Using her distinctively deep voice and dynamic stage presence to her advantage, she gave back-to-back hits, like "Ek Do Cha Cha", "Shaan Se", and "Hari Om Hari", which rightfully earned her the title, ‘Queen of Indian Pop’. Despite the presence of younger singers on the scene, Usha continues to inspire with chartbusting numbers, like "Darling".

On her visit to the city, she reflects on a journey that took her from a nightclub to the stardom of Bollywood. In conversation with the evergreen Usha Uthup on her exposure to the many cultures of India, how the hit number, "Darling" came about, and her views on reality talent shows. 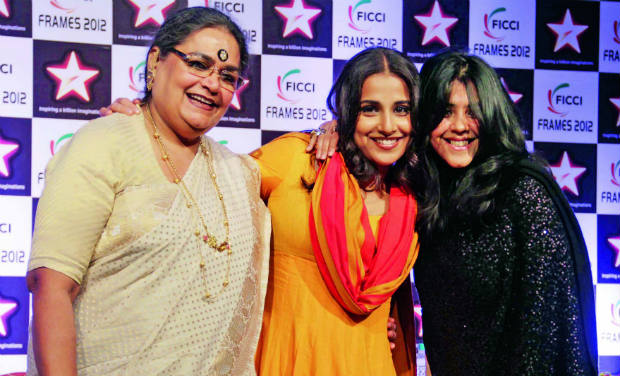 “It’s wonderful to be back in Madras. As always, Madras works the magic for me,” says Usha. The aroma of filter coffee that surrounds her home in Kolkata in the mornings and the malli poo that adorns her hair wherever she goes, are just a few signs of her remaining true to her roots. “I come from a very large Tam-brahm family. I am number five amongst my siblings,” Usha says, pointing out that contrary to popular assumption that comes from being a Tam-brahm child, Usha never trained formally in Indian classical music.

“My two elder sisters had proper training in Carnatic music. But by the time it came to me, my parents had completely forgotten about it, I think. I was born and brought up in Bombay (Mumbai) and I went to a convent school, so there wasn’t such pressure to learn Indian classical formally. Thankfully, I have been able to learn a great deal— through experience and through communication with my audience,” she says, nursing no regrets.  “If I had learned it, it would have helped my career. I would probably be able to pick up songs much faster, using staff notation.” Thanks to her ability to turn her limitations to strengths, she has effortlessly got past the hurdle.

Our conversation covers only the good times of her 44-year musical career. “I can’t tell you that it is a hard luck story and I struggled a lot, because I didn’t. That doesn’t mean the graph was even all the time. Sometimes it was more high than low, and sometimes, more low than high. I just don’t believe in dwelling on the sad portions of life,” she says. Starting her career at a nightclub, Nine Gems, on Mount Road, wearing a sari and calipers definitely earned her criticism initially, but her voice won everyone’s heart. “My basic philosophy in life is whatever you do or take on, in life, see that you enjoy it in all honesty.” And this very honesty in got her her first break in the title song from Hare Rama Hare Krishna, which she sang alongside Asha Bhosle. 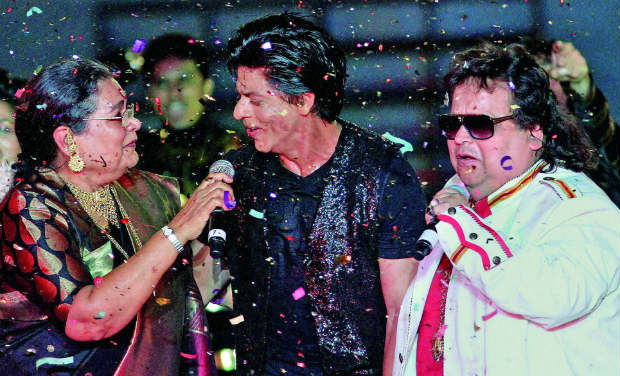 Her recent chartbuster, "Darling", from the film '7 Khoon Maaf', which also featured her in the role of Susanna’s maid, happened quite accidentally, says Usha. “It was the casting director from '7 Khoon Maaf', who called from Vishal Bharadwaj’s office. When asked me to take part in the movie, I thought it was for a song (singing playback for it), so I readily agreed. Then he clarified that they wanted me to act in it, which came as a pleasant surprise. When I went to Mumbai for the first script reading, it was only for the acting role. There was no singing involved. So I kept asking him to put me in a song somewhere, but it was all in vain. Then, I got the idea to build a song around one of the seven husbands of the main character in the film, who was Russian. I suggested a Russian folk song for that, which resulted in Darling,” she recounts. The song won her the Best Female Playback Singer honour in the Filmfare Awards of 2011. “It was an amazing opportunity, an amazing experience signing "Darling" for Vishal Bharadwaj.”

“I am a south Indian, born and brought up in Mumbai, married to a Keralite and now living in Bengal. I feel this makes me closer to being a complete Bharatvaasi,” says Usha. “We keep saying that the three are different — Mumbai, Chennai and Kolkata. Of course, they would be, considering they have their own history, their own language and culture. So it’s no surprise.”

The cultural amalgam of these three distinct cities has permeated her music completely. “Music has always been a unifying factor. It’s people who separate it. Today, I sing in seventeen different Indian languages. We have at our disposal so many cultures that we take them for granted,” she says, disapprovingly. 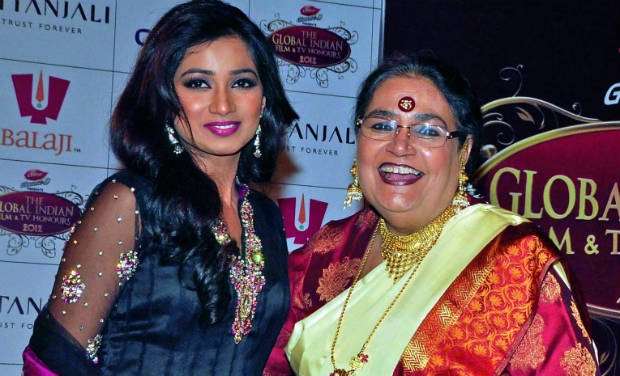 Usha is always seen sporting malli poo in her hair, and the first Bengali albhabet, signifying Kolkata’s ‘k’ sits gracefully on her bindi. “I say Mumbai is my janma bhumi and Kolkata is my karma bhumi, while Chennai my matribhumi The three of them put together and the rest is what India is all about.”

“In India, an artist gets his or her due recognition only after singing play back in a movie,” Usha points out. “There is hardly any recognition for independent artists and  so their numbers are dwindling over the years.” Usha has observed that in states where film music is more popular, there is no representation by the independent artists. “For example Bollywood and Kollywood music rule the market in Mumbai and Chennai respectively, where as in Kolkata, where Film music isn’t doing that well, there is a scope for independent artists to try their luck.” 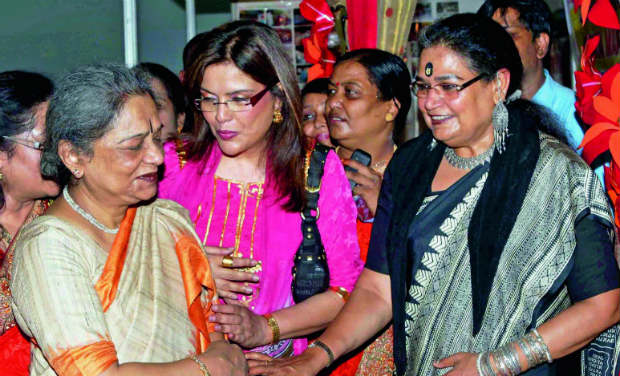 When I was growing up I absolutely no exposure to electronic media, except for radio. I would be listening to whatever was being played around me, which was a wide range indeed. My uncle would listen to Peter Paul and Mary, then there was Mozart and Beethoven, and even M.S. Subbalakshmi. My parents would listen to Bhimsen Joshi and  Begum Akhtar. And then there was the radio that introduced me to Elvis Presley, Frank Sinatra, Barbra Streisand, and also some tamil songs through a show called Madhura Geetham. Radio is my biggest inspiration, actually. 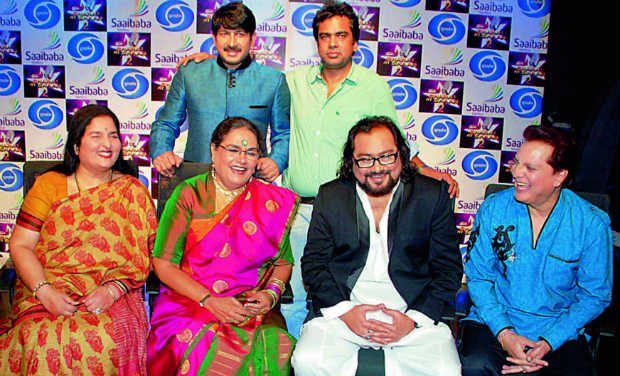 “A decade ago ours was country of 100 crore people, with only five or six singers that would recurred in every film. Isn’t that crazy? Today, the representation is somewhat satisfactory, thanks to these reality shows. But it is sad that for most of these young artists ultimately dream to be playback singers. They fail to realise there is a whole new world out there. My world, which is what I started with and where I am at now, that is the live performances,” says Usha who has also judged Bharat Ki Shaan: Singing Star — Season 2, that aired on DD National this year.