Lenovo Z2 Plus review: A flagship competitor with a budget price

Advantages that the Z2 Plus has to its side are great build quality, very stable performance, stock-like interface, multi-featured home button, good grip, comfortable use.
Rating:

After the successful hardware-rich Z1, Lenovo-owned Zuk Z2 Plus is now here to put a mark on the smartphone industry. For many who keep deciding on which smartphone to opt for, the Zuk Z2 Plus is definitely a worthy consideration.

We have known many out there, and definitely you would be one of them, who hunt for a smartphone which has a flagship performance on a budget price. And there are many others who look for a smartphone that has a decently large screen, but comfortable to hold on to. While many iPhone users still agree that the Plus versions of iPhones are a bit too large to handle, we assume that the iPhone 5 and iPhone 6 are the best in terms of handling. They are good enough to fit into the palm of anyone out there, without having to do the thumb yoga while using apps. Taking comfort into consideration, Lenovo has created the Z2 Plus to impress the masses with both design and price. The Lenovo Z2 Plus (aka Zuk Z2 in China) offers compelling features and performance at an affordable price. 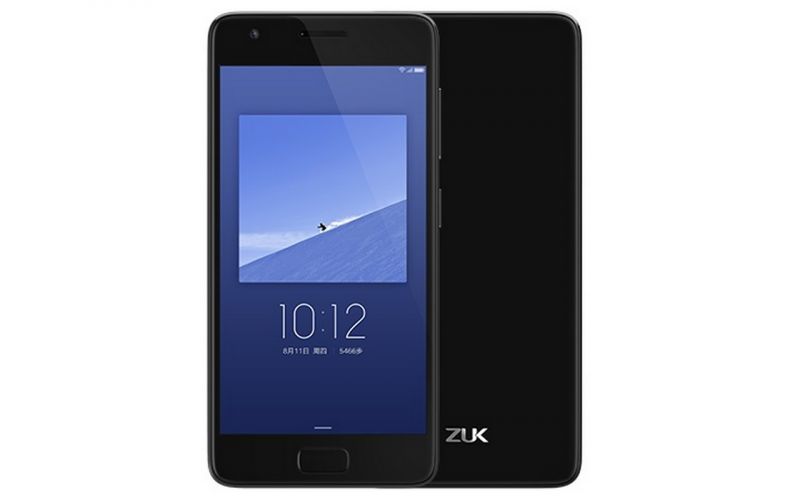 The Lenovo Z2 Plus has a sturdy and tough chassis, albeit one may find it a little boring as the aesthetics are almost absent on this handset. However, we still feel that though design and aesthetics are usually considered by most buyers, this one is not that bad. It looks like a simple piece of black plastic with a glass surface in front and at the back.

The frame is made from fibre glass — not plastic or metal. This body gives an additional advantage over falls and drops and protects the interiors from damage since fibre glass is stronger than metal, lighter too and causes zero interference in radio signals. Additionally, Lenovo has used a roll-cage design for the Z2 Plus, which means that individual components inside the device are stacked one on top of the other. This additionally helps for a rugged handset apart from efficient thermal management. Both the front and rear panel is made of glass — meaning you would have to keep your fingerprints off this baby. Lenovo takes care of this by bundling along a case within the box so that you can take care of your investment. 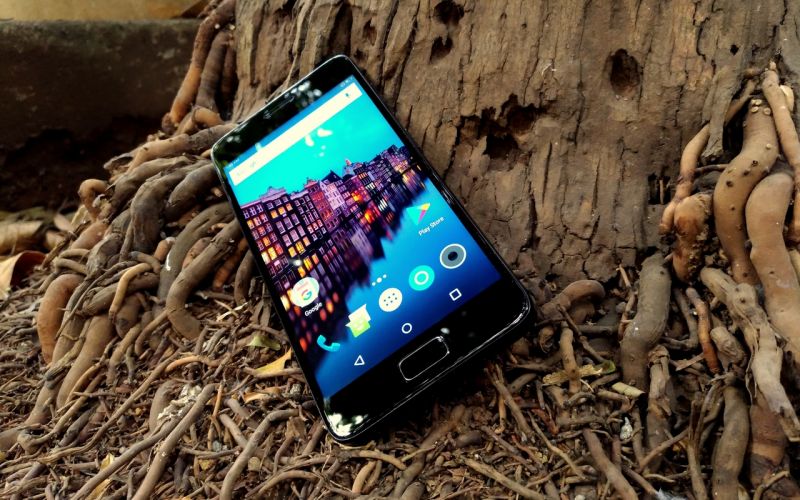 As usual with most smartphones, the power and volume buttons take their place on the right side, while the left keeps room for the dual nano SIM cards. The top is blank and Lenovo has placed the speaker, audio jack and the Type-C ports on the bottom where they are best needed. The rear panel is non-removable and holds the primary camera along with a single LED flash and a secondary microphone towards to the top left corner. The front panel consists of the earpiece, secondary mic and sensors as usual over the display, while the bottom features just a single physical ‘intelligent’ Home switch since the control panel is placed within the UI itself. We call the Home button intelligent because this is one smartphone that features a multi-featured Home button for ease of use. 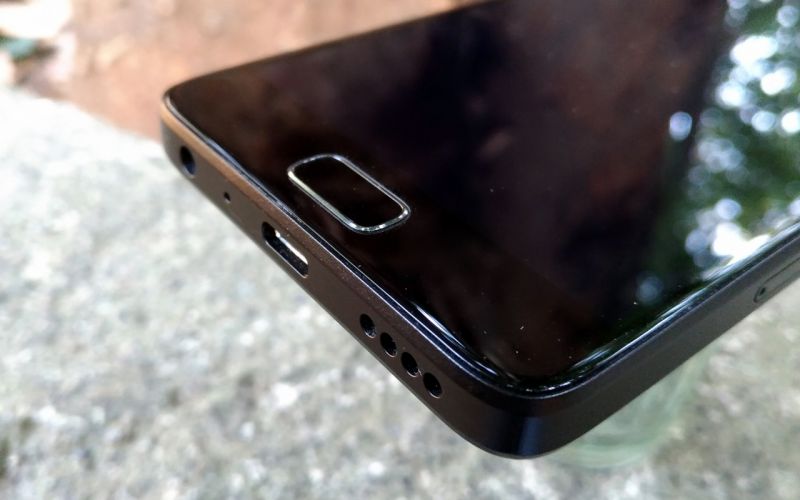 The Home button incorporates a fingerprint sensor as usual, but can also do tricks like swipe, recent apps, and a lot more. The Home button can be configured for swipes, taps and clicks, making it even easier to use the user interface. For example, swiping right can slide through apps in the background, long touch on the button can open the navigation bar, and more. You can customise it as per your choice. Lenovo names the Home button as the U-Touch Button for a one hand experience. Besides being a fingerprint sensor, U-Touch can perform 7 different tasks and can be customized to launch your favourite apps. 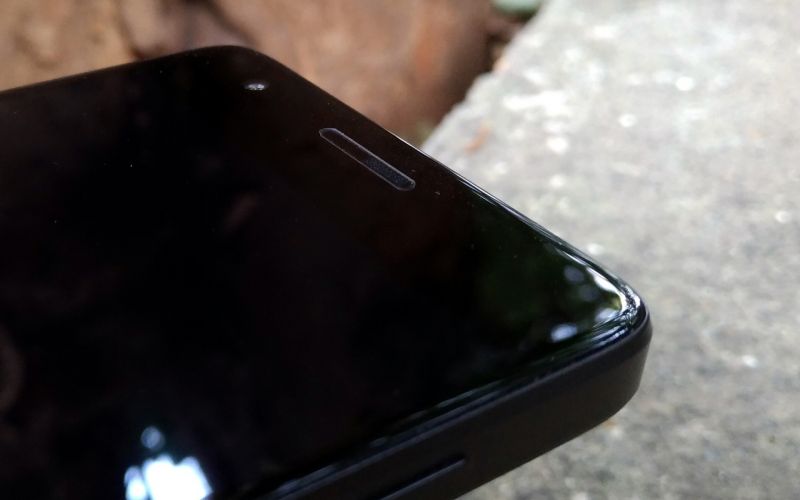 Overall, the Z2 Plus has a very comfortable grip, large enough to operate with a thumb and strong enough to withstand regular falls.

The Lenovo Z2 Plus features the most recent chip from Qualcomm. Built around the 64-bit Snapdragon 820 Soc featuring custom Kryo cores and an Adreno 530 graphics unit, the Z2 Plus comes in two flavours —3GB and 4GB RAM with 32GB and 64GB storage respectively. The only area where the Z2 Plus falls short is a hybrid SIM slot option, which does not allow for memory expansion. The rest of the specifications are identical. These include a 5-inch full HD LTPS LCD display panel with a 2.5D Corning Gorilla Glass 3, 13MP rear and 8MP front cameras, USB Type-C with USB 3.0 speeds, 4G VoLTE support, and a 3500mAh battery. The hardware is powered by an almost stock Android, but features a new user interface from Lenovo, called ZUI.

The Z2 Plus holds a 5-incher full HD display with a density of 441 pixels per inch. The display screen is bright, crisp and has decent viewing angles. One can tweak the colour settings or enable night mode for reducing eyestrain when using at night. 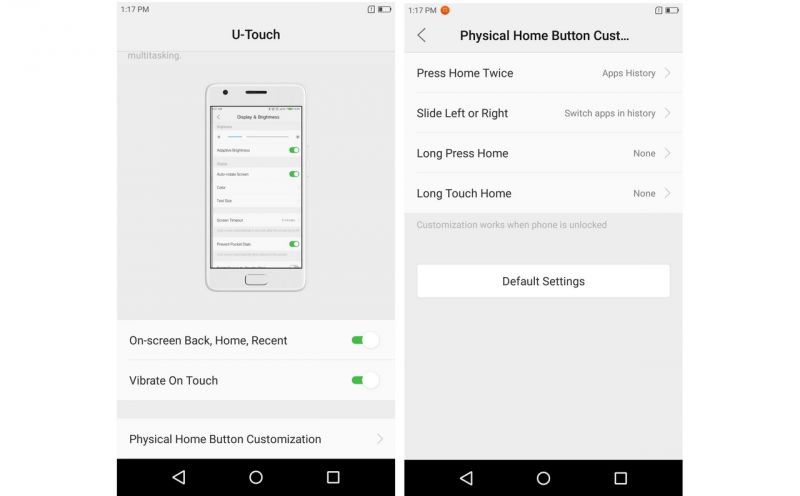 As mentioned earlier, the Z2 Plus uses ZUI as the user interface over Android Marshmallow 6.0, unlike the Zuk Z1 that used Cyanogen OS. The interface is fluid, almost stock and features some great set of features. Swipe down from the top and you can see the notification bar, but similar to iOS, this one uses swipe up from bottom to show the quick settings, which Lenovo calls Quick Switch Panel — probably this is something that users would like since large display screens make is awkward for the user to read the finger to the top of the display. 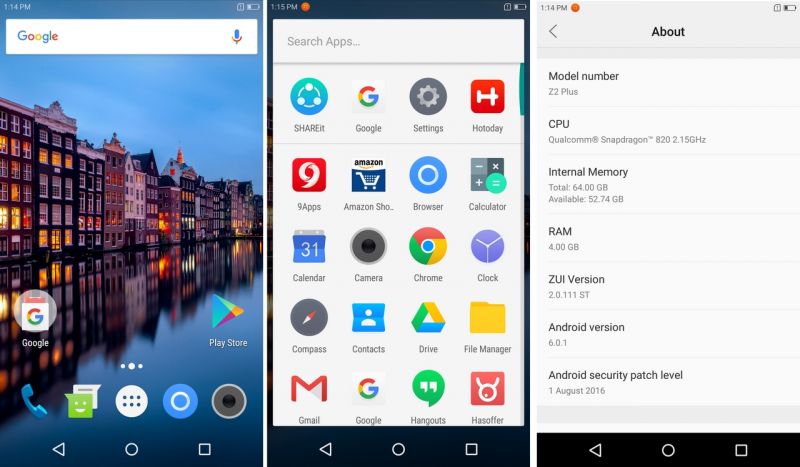 With almost stock android, there are only a few apps that Lenovo has added. While U-Health, Superb Cleaner are two nice-to-have apps, a few unwanted ones such as Amazon, 9Apps, SHAREit and Hasoffer could have been done away with.

On the performance front, the Z2 Plus won’t let you complain. Powered by a 2.15GHz processor and an Adreno GPU, the user interface can be as smooth as possible. Casual to high-end gaming is absolutely no problem, with almost zero lags and frame drops. However, we did notice that the device marginally starts to become warmer, but that’s bound to happen when you stress the hardware for a longer period.

Watching movies comes with no complaints either, but we do want to mention that Lenovo should have paid attention to the audio segment as well. The onboard speaker is not up to the mark and one would rather use a headphone than to watch a few clips out door. When in a quiet area, like at home, the audio output is ‘OK’ but the quality is a bit below average. 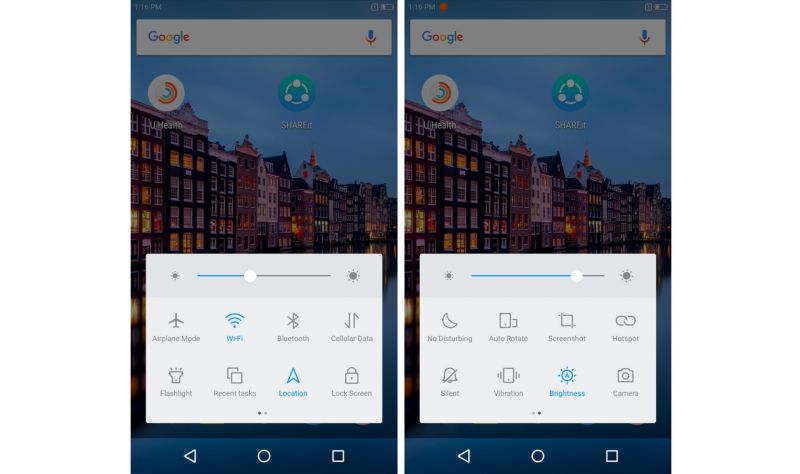 As far as the battery performance is concerned, it would be totally subjective and differ from user to user. While some may use the device primarily for gaming, other could prefer it for office work and casual photography. The battery would last depending on the usage and on an average, you can expect anywhere between 5 – 8 hours before you hunt for a charger. 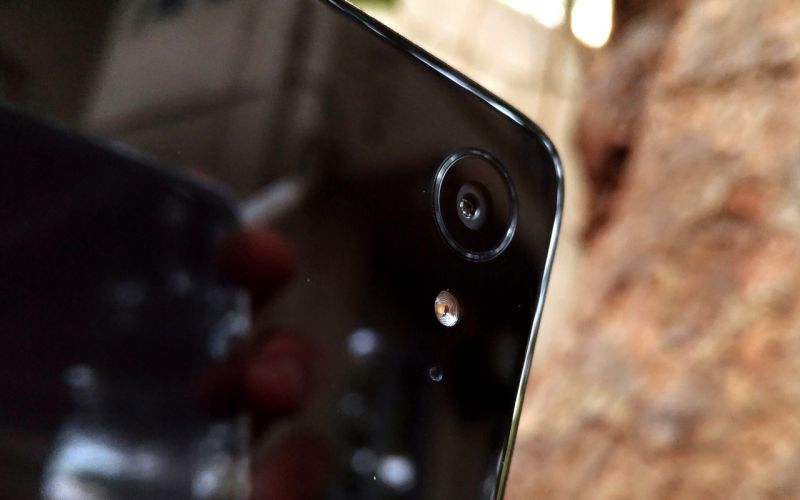 The Z2 Plus features a 13MP camera with an ISOCELL sensor wide and f/2.2 aperture, designed for better low-light photography. The camera app bundled with the user interface is very simple and stock. It has no additional features such as manual mode, or filters. Swiping from the left side takes you to the menu options which include HDR, Panorama photos, slow motion videos and time-lapse features. What we liked on the camera app is the ability to shoot slow motion with frame rates of 120fps, 240fps and 960fps. Shooting in slow-motion actually works well, but it does not record sound (iPhone does) and the results are lower resolutions and smoothening of the connecting frames so that they merge perfectly for the video. 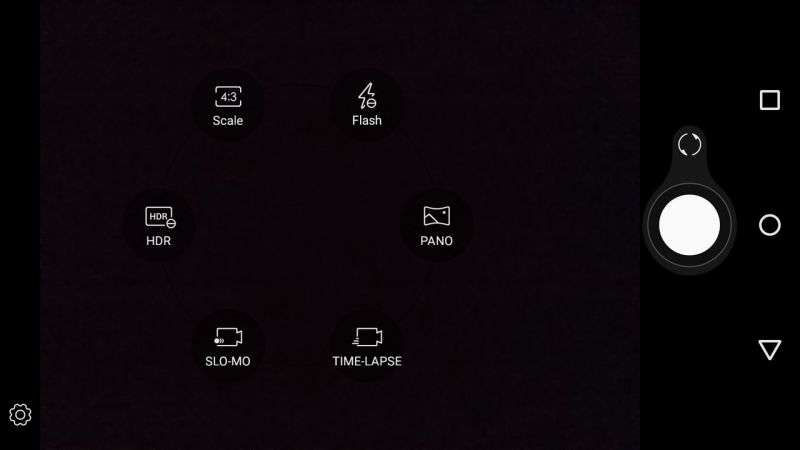 As for still photography, we would say that the Z2 Plus performs above average. Captured images are crisp, colours are natural and details are great. However, the camera seems to only perform at par in well-lit areas and in broad daylight. During the evenings, or in low-lit areas, the images turn out grainy. We have included a few images below that we clicked using the Z2 Plus. 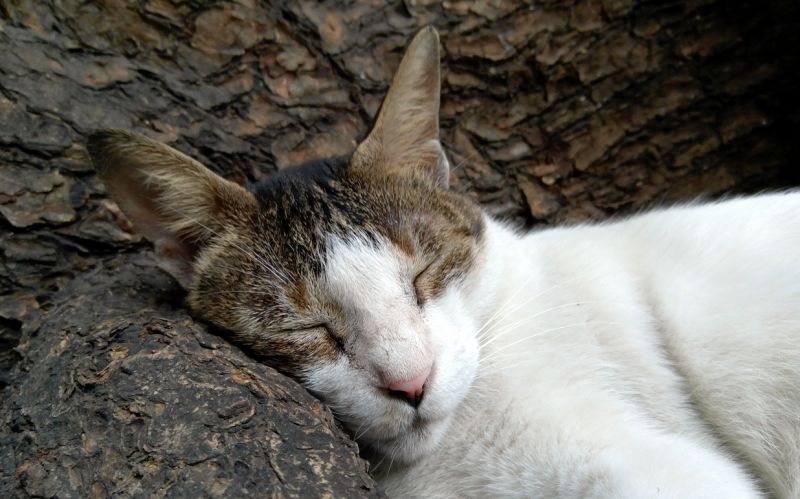 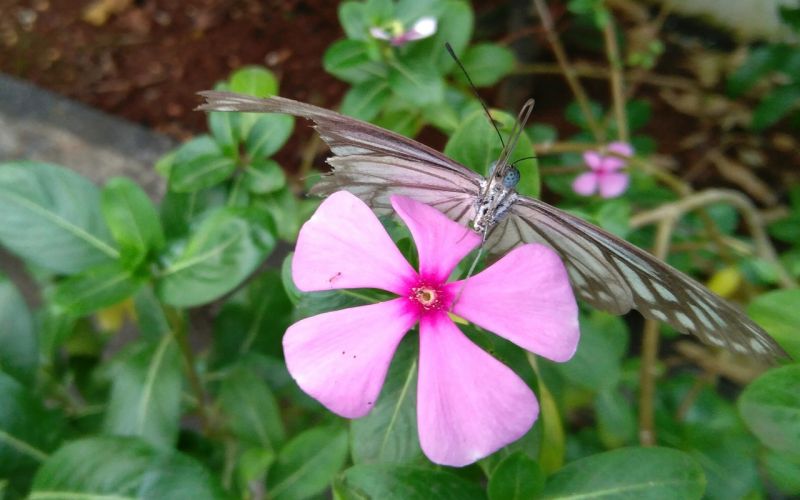 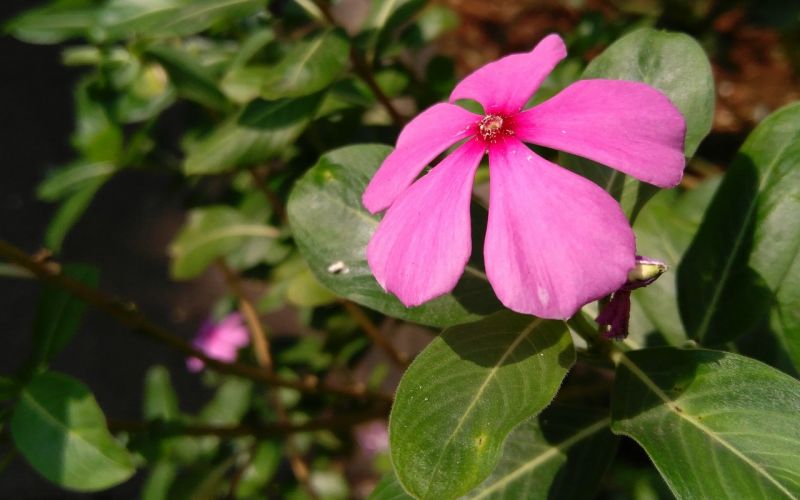 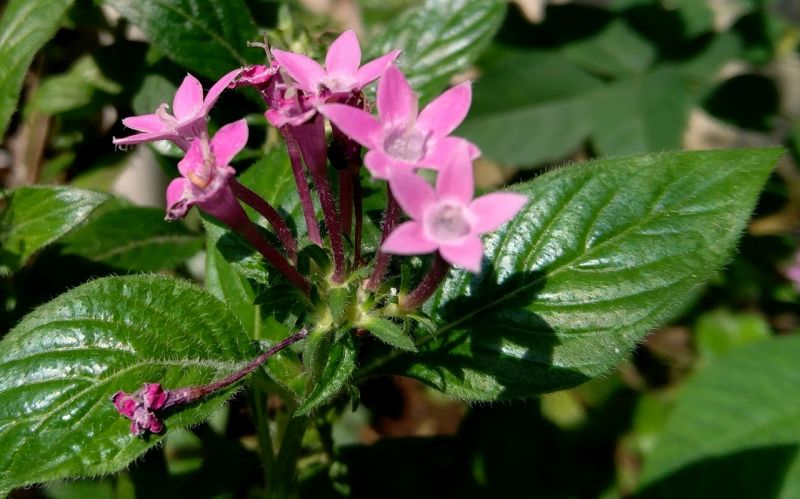 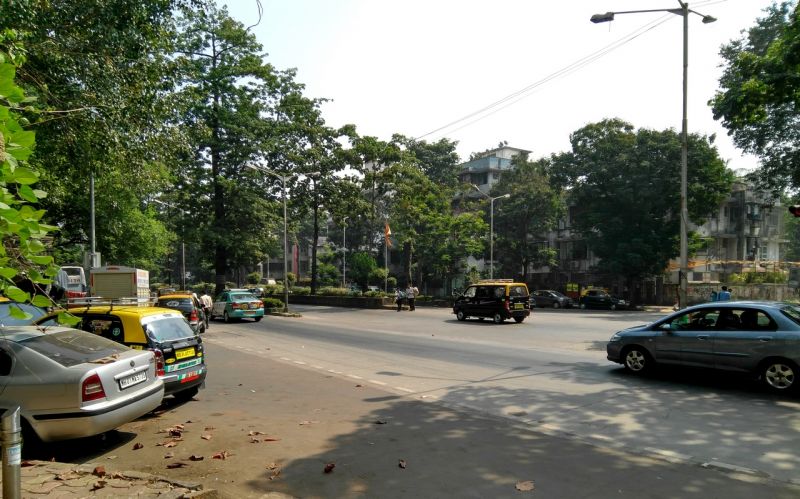 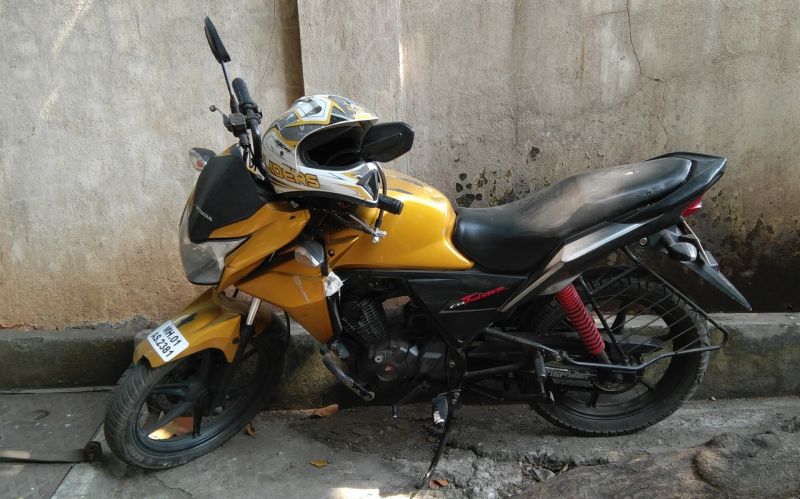 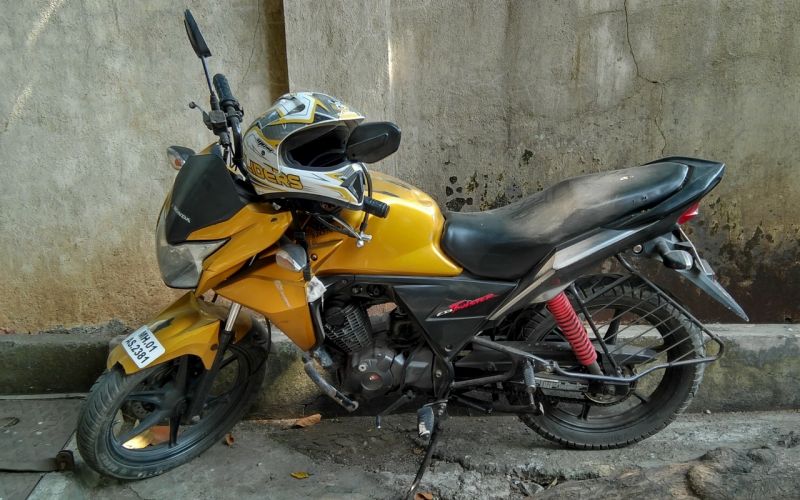 The Lenovo Z2 Plus is a rugged and sturdy handset with hardware of a flagship smartphone in a small and comfortable 5-inch form factor. Priced at Rs 17,999 for the 3GB/32GB version and Rs 19,999 for the 4G/64GB version, we find the handset more affordable that the present rivals in the market that feature similar hardware. Closest brands in the same hardware field are Xiaomi, OnePlus and LeEco, but the Z2 Plus is cheaper over the rest. As for the performance, yes the OnePlus 3 could beat it with 6GB of RAM.

Advantages that the Z2 Plus has to its side are great build quality, very stable performance, stock-like interface, multi-featured home button, good grip, comfortable use. Its downsides are no memory expansion, average design and aesthetics, poor camera performance in low-light and a glass rear panel that is a fingerprint magnet.

The Lenovo Z2 Plus has a great value for money when considering features and specifications over its selling price. We highly recommend the Z2 Plus to those looking for comfort of use, combined with high-end specs on a fairly low price.