After Samsung S8, iPhone 8 may move fingerprint sensor to back

A schematic diagram of the next-generation iPhone revealing a fingerprint sensor and a vertical-oriented dual-camera setup on its back has been leaked online by Slashleaks. 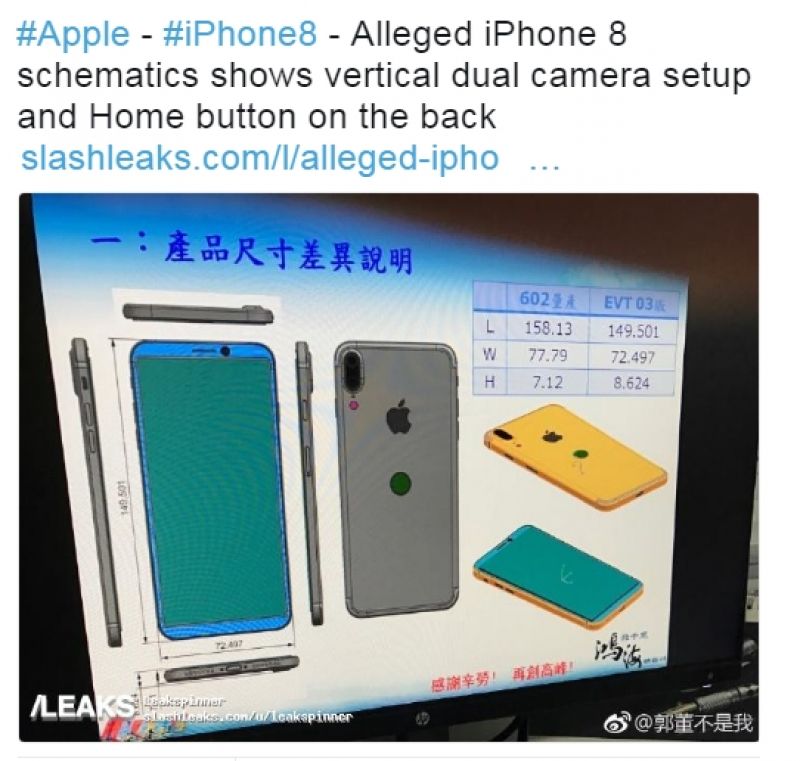 Leaked schematic of Apple iPhone posted by Slashleaks on Twitter

The upcoming iPhone is expected to come with an OLED display this year, and taking the fingerprint sensor to the smartphone’s back will give more room to designers to play with its display.

Other smartphone giants including, Samsung, and LG, have already relocated fingerprint sensor in their latest flagship smartphones— Galaxy S8 and G6, respectively.

Early this year, KGI analyst Ming-Chi Kuo, said Apple may replace the Touch ID sensor to bring a zero-bezel iPhone design.  It was thought Touch ID would be built into the display itself, but Kuo believes it will be instead replaced by “new biometric technologies” of which facial recognition and/or iris scanning must be required.

The schematic leaked online could be an experimental diagram the Apple is trying for the iPhone 8. However, there is still no confirmation from Apple regarding the leak.