"I look forward to bowling to Ashwin in Australia. (I might) take his advice and hit him on the badge," said Mitchell Starc. (Photo: AP)

Sydney: Mitchell Starc may no longer be a part of the Australian side which is touring India but that has not stopped the left-arm pacer from having a go at the Virat Kohli-led side ahead of the fourth Test in Dharamsala which will commence on March 29.

Starc, who was the spearhead of the Australian attack, left the India series ahead of the third Test in Ranchi following a fracture in his right foot.

Starc spoke how the Steve Smith and Co, who are in with a chance to beat India and clinch the Border-Gavaskar Trophy, troubled India.

"(Australia's fighting draw in the third Test) shows how we are as a group and the Indians have come hard, it's almost a defence mechanism for them. We won the first Test match, we (were there) for the challenge, they were scared of us beating them in India the way they've been playing,” Starc told cricket.com.au

"So it was almost like a defence mechanism for them and they obviously came out in the second Test match and performed really, really well and got back in (the series)," added Starc.

The Australian pacer also spoke about Indian off-spinner R Ashwin’s send off after he dismissed Starc in the second innings of the Bengaluru Test.

Starc had given Abhinav Mukund a peace of his mind; directing towards his (Starc’s) forehead indicating Abhinav should expect more bouncers after the left-handed opener, according to Starc, mistimed a pull shot, which went for a six.

Ashwin, who is Abhinav Mukund’s teammate in Tamil Nadu side in Ranji Trophy, had retaliated in his own style in the second Test. 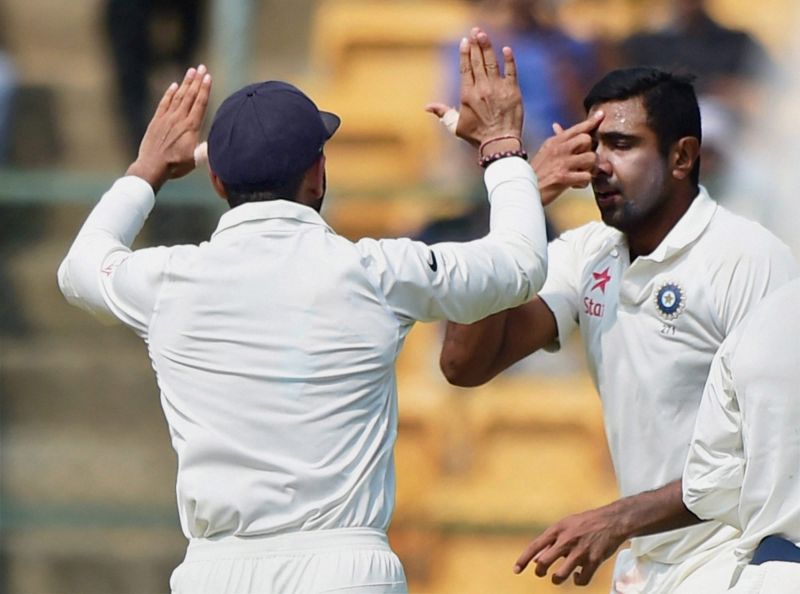 Speaking to BCCI.TV, Ashwin  had explained what he made of Starc’s gesture. Ashwin had said, "I saw yesterday, Abhi [Mukund] pulled Mitchell Starc for a six, he top-edged it for six. But yes, I don't think he was in any sort of hurry when he pulled that ball, and Mitchell Starc suggested that he would hit him on the helmet. I don't know, people generally have the habit of saying I'll hit you back on the helmet at Gabba.”

"It doesn't matter, this is Bangalore, so I thought I must tell him that he got hit off me, in the first innings, on the helmet," added Ashwin.

Starc laughed off Ashwin’s reaction, saying: "I look forward to bowling to Ashwin in Australia. (I might) take his advice and hit him on the badge."

"(The on-field banter has) probably come a lot more from their side than ours. There was a lot made of it before the series and there was so much hype before the series. I think we've just gone about the cricket that we have done for a long period of time now,” concluded Starc.