Watch: When a 16-year-old Sachin Tendulkar made his debut against Pakistan

While Sachin did not score much that match, he showcased great talent to smash a young Waqar Younis for a couple of boundaries. (Photo: AFP)

Mumbai: The constant ebb and flow of the sea, the orange sun saying its last good-bye to the misty mountains only to rise up over their shoulders once again, Waqar Younis steaming in to hurl a menacing in-swinger at Sachin Tendulkar – these are but some of the sights that we have all become used to, over the years.

However, like everything good in this world, the rivalry between Sachin and Waqar also had a beginning and an end.

Where, and most importantly, when did it begin? Well, with regard to the second question, Tuesday marks the 27-year anniversary of India cricket legend Sachin Tendulkar’s first ever Test match – which happened to be against arch rivals Pakistan.

Another to-be legend was walso making his debut in this match – an 18-year-old Waqar Younis.

Sachin, who was only 16-years-old back then, had caught the imagination of the entire nation, as the wonderkid with enormous amounts of talent.

The boy genius showcased this talent for a brief period, smashing Waqar for two boundaries. While he would go on to score many more of the legendary Pakistan paceman, the two cracking shots set the stage for a great sub-plot in the India-Pakistan rivalry for nearly two decades.

Sachin started off with a trademark straight drive off a Waqar half-volley, and then went on to play a delicate late-cut, guiding the ball past gully and point, for another boundary.

However, Waqar got his revenge on the 16-year-old, who was soon beaten all ends up by a trademark in-swinger by the Pakistani paceman.

The duo recalled the fond memories of their special day. 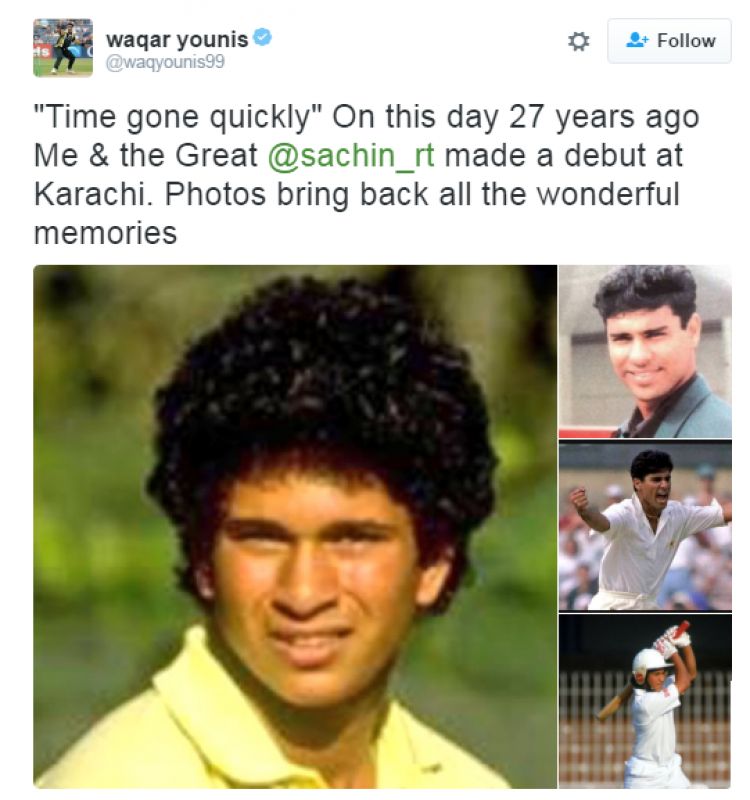 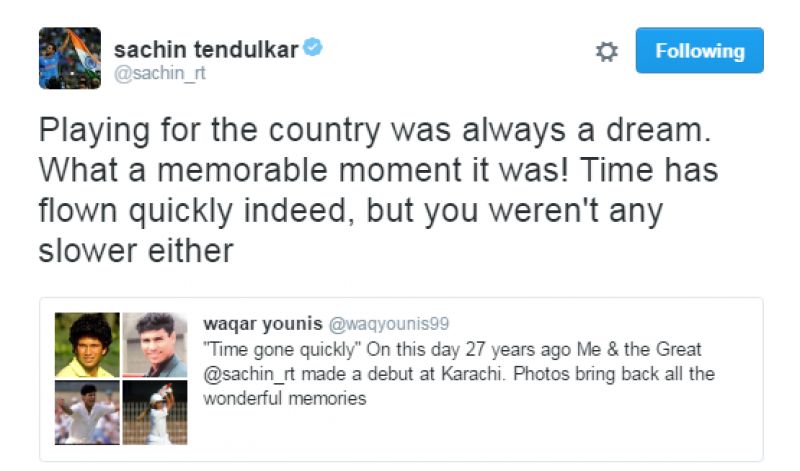 Here is the video of Sachin and Waqar’s first ever Test encounter.