DECCAN CHRONICLE. | IKYATHA YERASALA
Published May 5, 2018, 12:00 am IST
Updated May 5, 2018, 1:59 am IST
These hardcore fans believe in rooting for the boys in red and gold, and the team has reciprocated their love with fun initiatives and sessions.

Captain Morgan cheerleaders for RCB at the Chinnaswamy Stadium.

When it comes to being loyal, there’s no one quite like RCB’s avid aficionados, who’ve been a constant source of support throughout their team’s ups and downs. Through these 11 years, they’ve backed the team even when things haven’t looked good for the squad. To keep this dedicated army of fans engaged and happy, team RCB has come up with fun initiatives this season. From creating a Grand Terrace at the Chinnaswamy Stadium to encouraging female fans to having the Fun Captain interact with their supporters, RCB’s fan engagement is on point.

This season, RCB is making a huge effort to make their female fans’ voices be heard. In a sport that is dominated by men, it’s refreshing to see women supporters make up a huge part of their fanbase. RCB’s ‘It’s her game too’ campaign is encouraging female supporters to send videos of their match analysis and want their ladies to be taken seriously. They’ve even roped in India cricketer Veda Krishnamurthy to interview RCB players to talk about women in cricket.

IT professional Preeti Padmanabhen says, “One of the teams with the most number of female fans in the IPL is RCB. The team gives equal importance to the ladies by engaging them in various events and bringing them all together. Be it meeting the players, having contests or gifting merchandise, we’ve been included in all of this. The special videos they’ve made for girls, motivate us to watch the game and also tell us — whether we win or lose, you need to stand bold and be fearless.” 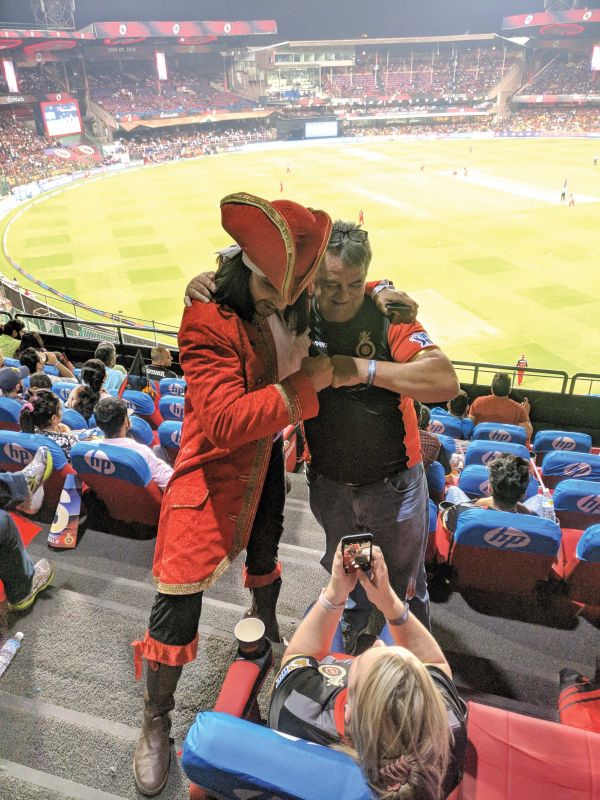 ‘Captain’ Morgan with a fan at the Grand Terrace.

Talking about their fan engagement activities, Amrit Thomas, chairman, Royal Challengers Bangalore, says, “RCB has received the love and support of fans from across the country and we would not let any stone unturned to engage with them at every level. Female supporters have been integral to the fan community and we cannot leave that unnoticed. Every year, we take a step forward to increase the levels of fan engagement through our mindful initiatives. And we are proud to have become gender neutral and are taking conscious efforts to have progressive representation of men and women. Therefore, we have the ‘Fun Captains’ by Captain Morgan in the form of cheerleaders. Bringing a series of content on the digital platform about women knowing the game too, is an effort to showcase the knowledge and involvement of the ladies with the game. RCB is happy to have an inclusive fan base.” 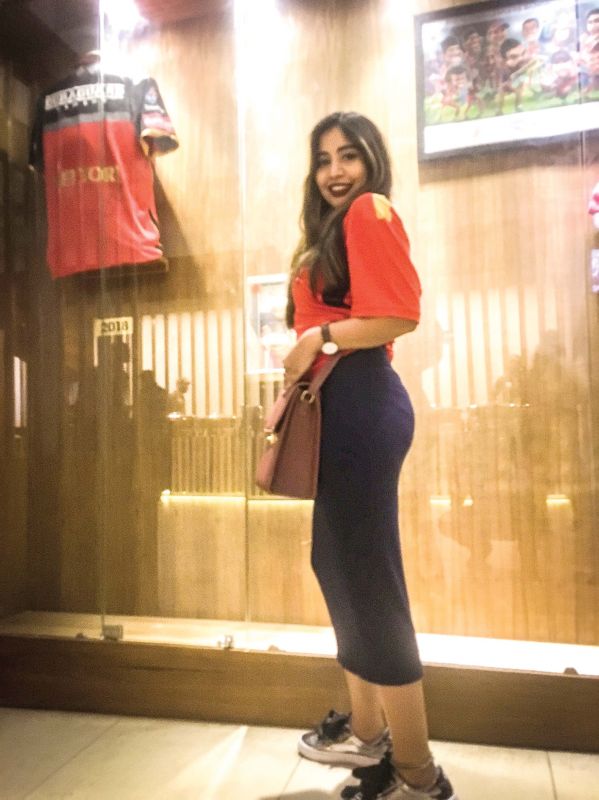 The Grand Terrace at KSCA is another exciting fan experience where spectators are offered seats with a theatre-like feel. Sahana Ramanand, a blogger,  witnessed the riveting RCB-CSK match from the revamped stand. “The whole experience was excellent — we had access to food and drinks and everyone was having fun. We’d take breaks in between to fuel up on some good food — the vibe of the entire place was energetic. I got to meet new fans and made new friends. I don’t think I would’ve such a great time if I was in any other stand. The terrace was spacious and allowed us fans to mingle more,” she reveals.

Now, let’s hope the team makes their followers jump with joy by giving them more victories this season! Fingers-crossed!