New Delhi: A UK court on Tuesday ruled in favour of a full trial in the Hyderabad Fund case, with Pakistan claiming that the UK court had rejected India’s plea to dismiss Pakistan’s claim to the nearly Rs 350 crore involved, even as India maintained that the British court had “dismissed Pakistan’s application invoking limitation against India’s claim to the monies” and that the judgment “readily acknowledges that there is much force in many of India’s arguments to strike out Pakistan’s claim of ownership”. 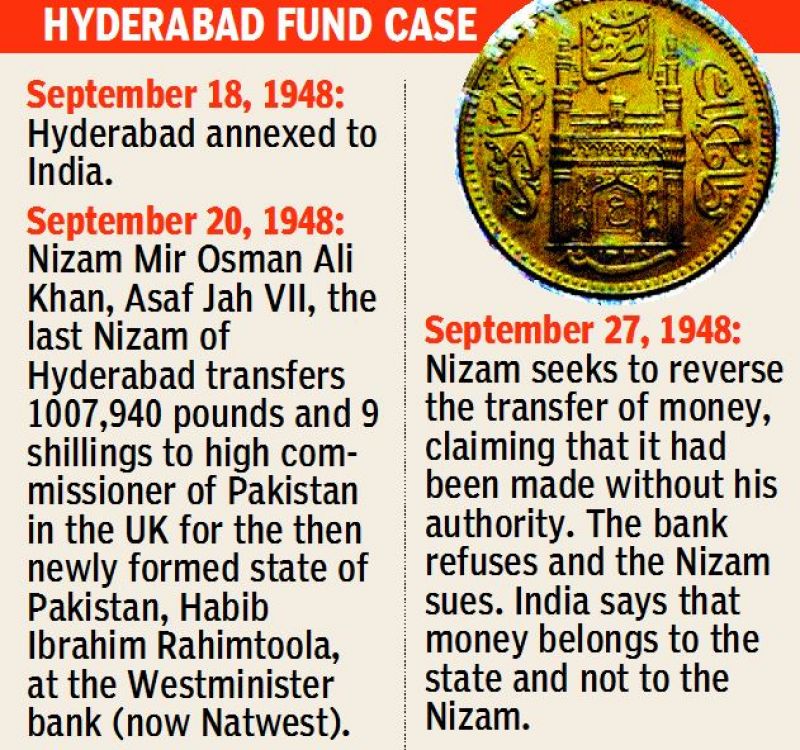 In a statement from Islamabad, the Pakistan foreign office said, “The English High Court rejected Indian attempt to strike out Pakistan’s claim to the Hyderabad Fund, on 21 June 2016... India failed to persuade the court that Pakistan’s position was untenable and that it could show no legal entitlement to the 35 million GBP sitting in a bank account in the name of the High Commissioner of Pakistan, since 20th September 1948 ... The judge accepted that there was good evidence in support of Pakistan’s claim to the monies, which needed to be fully considered at a trial.” 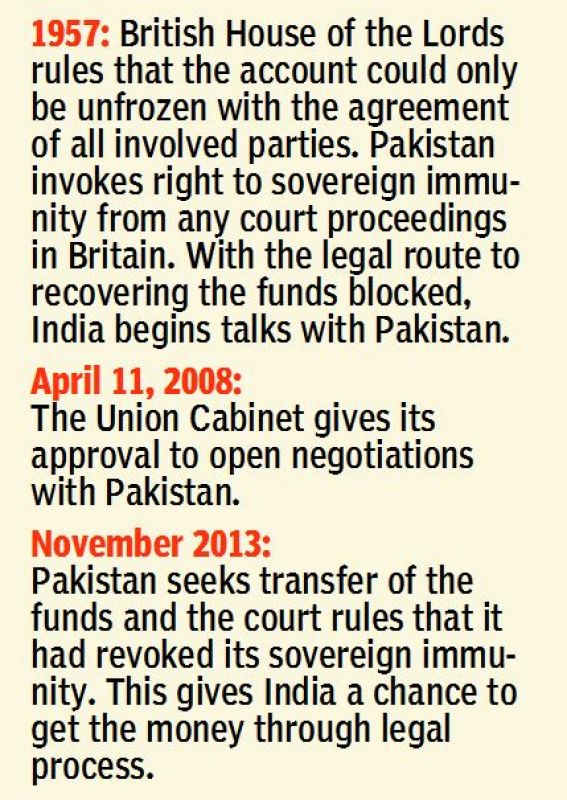 However, the ministry of external affairs in New Delhi said, “Pending trial or settlement of the matter, it is premature to reach any conclusion regarding ownership of the monies, especially as the present judgment readily acknowledges that there is much force in many of India’s arguments to strike out Pakistan’s claim of ownership.”

India also cited the previous judgment in the case when Pakistan’s subsequent application for discontinuance of the case was rejected by the same court in 2015 and India was also awarded substantial costs against Pakistan. 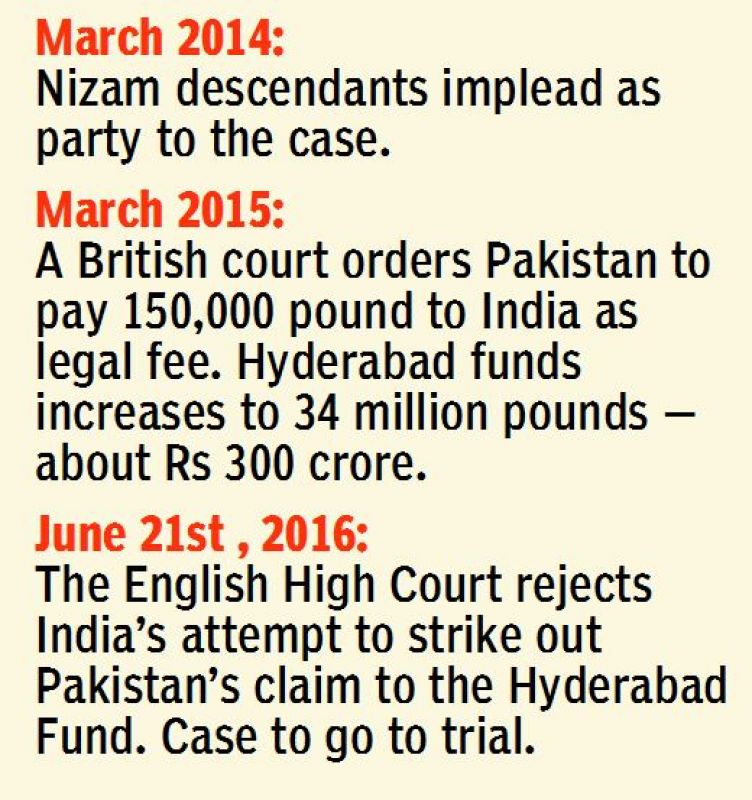 Known as the “Hyderabad Funds Case”, the matter relates to the transfer of 1,007,940 pounds and 9 shillings to a London bank account in the name of the high commissioner in the UK for the then newly formed state of Pakistan, Habib Ibrahim Rahimtoola, at the Westminster Bank in 1948.

According to reports, the money was transferred by an agent who appeared to be acting on behalf of the absolute ruler of one of the largest and richest of the Indian princely states, the 7th Nizam of Hyderabad. Following Partition in 1947, the numerous princely states within the subcontinent were permitted by the UK to elect to join either of the two new dominions, or to remain independent. The Nizam chose to remain independent.

However, on September 18, 1948, Hyderabad was annexed to India. On September 20, 1948, the money was transferred to Rahimtoola by the agent. On September 27, 1948, the Nizam sought to reverse the transfer of money, claiming that it had been made without his authority.

The bank was unwilling to comply with the Nizam’s request without the agreement of the account holder. Such consent was not forthcoming, and for a number of years matters remained unresolved.

As the successor state to the Nizam’s State of Hyderabad, India has all along sought to claim the money, maintaining that it was the state’s money and not the Nizam’s private wealth.