Bt cotton is a genetically modified organism (GMO) cotton variety, which produces an insecticide to bollworm. It is produced by Monsanto. The Bt. Cotton has been developed to fight against three pests, but it would be useful to effectively control one pest in India right now.

Vijayawada: The Centre has acknowledged that the pink bollworm (Pectinophora gossypiella), known as gulabi rangu purugu in Telugu, has developed resistance to Bt cotton, the genetically modified crop that was to fight Bacillus thuringiensis. 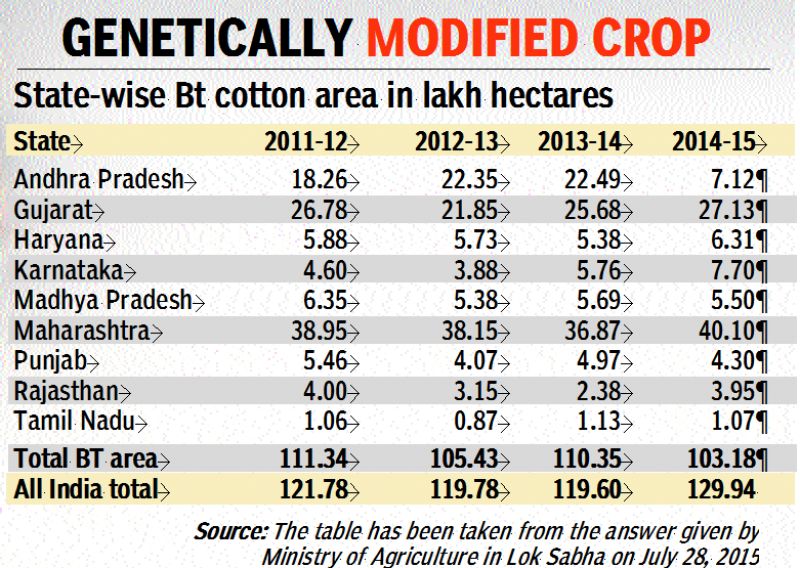 Despite the setback, Mr N. Durga Prasad, senior scientist of entomology at the Regional Agricultural Research Station at Lam in Guntur, said that the use of Bt cotton could not be avoided since it was preventing the American bollworm effectively.

He said Bt cotton was developed to fight against three pests, but it would be useful to effectively control one of them in India now. He said the pink bollworm had developed resistance to Bt cotton at Krishna, Guntur, Prakasam, Kurnool, Kadapa, Anantapur and other districts. 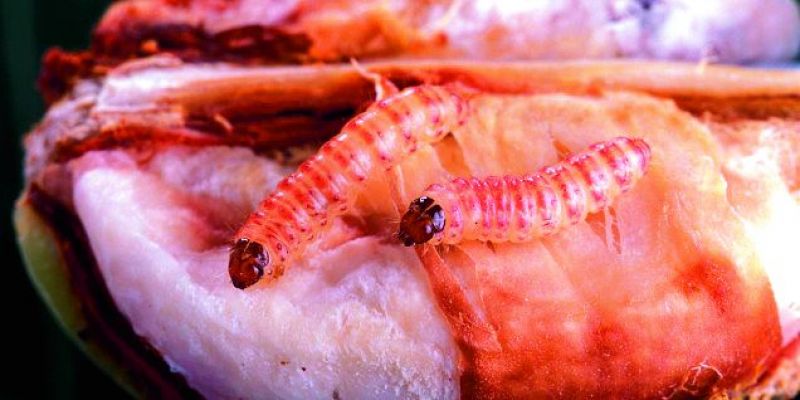 Mr Prasad said farmers would have to use pesticides to control the pink bollworm. He suggested that the farmers should opt for small duration crop varieties to minimise damage from pink bollworm attacks.

He said pink bollworm generally affects the crop after 120 days of planting. Crops with a duration of less than 150 days were available in the market, the senior scientist  added.

Mr Prasad explained that the pest could survive even in the dried waste of cotton, hence the farmers should till the land in summer. The pest would die on exposure to heat and the sun.

Monsanto spokesperson Arun Gopala Krishna of Mumbai refused to comment over phone on the Centre stating that pink bollworm had developed resistance to Bt cotton. Mr Gopala Krishna  sought an email questionnaire, but did not provide his mail ID.

Cash won't be an issue for Dalit Bandhu: KCR