The reservoirs, apart from preventing the re-occurrence of floods, also catered to the drinking water needs of the city.

Hyderabad: The flood of September 28, 1908, wreaked havoc in the city, resulting in the loss of both property and life. Historians say that the flood forced the Nizam to re-examine safety features and improve civic amenities in the city. The measures by the Nizam ensured that the city never got flooded again.

“A massive granite bund was constructed alongside the Musi River, from Puranapul to Chaderghat, which then constituted the breath of Hyderabad. Two massive reservoirs, the Osman Sagar and the Himayat Sagar, were also constructed later,” says M.A. Qayyum, the former deputy director of the department of archaeology and museums.

The reservoirs, apart from preventing the re-occurrence of floods, also catered to the drinking water needs of the city.

“Sir Visvesvaraya’s help was sought for development of a flood protection and drainage system in the city. Since then there has been no major flood or inundation, at least in the Old City area,” Mr Qayyum says. In the deluge of 1908, nearly 50,000 lives were lost, and vast expanses of property were destroyed. The city was flooded for only 36 hours, but it continued to reel under the aftermath of that disaster for at least a couple of years. Nearly 80,000 homes were damaged. Repairs works of important buildings such as the Osmania General Hospital and Afzalgunj Jamia Masjid had to be taken up. 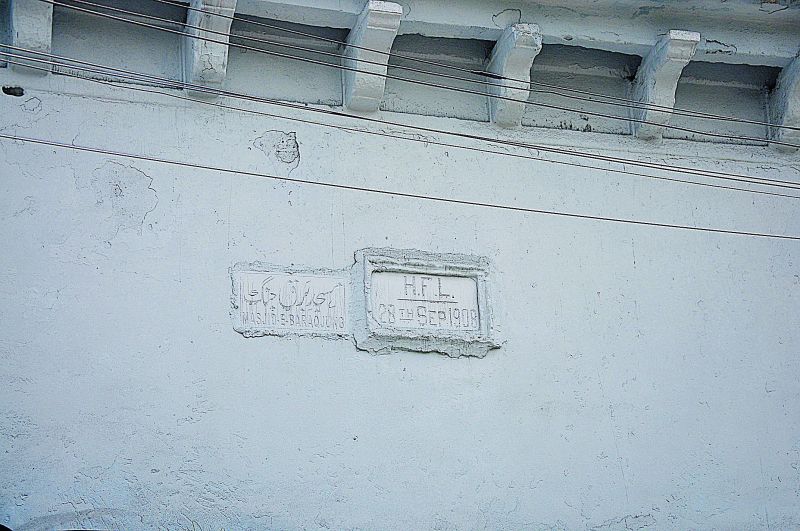 One of the remains of the slate which was installed by the Nizam at the Masjid-e-Burq Jung mosque located in Petlaburj. The slates gave details of the water levels during floods.

“A committee formed to identify ways to prevent the re-occurrence of floods submitted its report. Based on its suggestions, a city improvement board was set up to oversee the development of the city,” says Mr Qayyum. Roads abutting the Musi River were developed and a massive park over 16 acres was created.

The tamarind tree located on the premises of Osmania General Hospital saved the lives of 150 people who clung onto it during the flood.

Slates were used to measure water level
Soon after the deluge of 1908, the Nizam had slates installed on the either side of the Musi River to provide an indication of the height of the water during the flood. The slates were made of marble, and they had the highest flood level (HFL) inscribed on them.

Water levels were also indicated on various buildings. Two dozen slates were put up between Puranpul and Chaderghat. They bore inscriptions in Urdu as well as English. As buildings were demolished and replaced by new constructions, the slates gradually disappeared.

One of the few that remain can be found on the Masjid-e-Burq Jung, an ancient mosque located in Petlaburj. Another slate can be seen at Puranapul Road.

Once, Afzalgunj Police Station also had such a slate. “The police station was demolished during road widening works, and so the slate was removed. It is not known where it has been kept,” says historian M.A. Qayyum.