With her son: Modi’s mother visits bank in Gujarat to exchange notes

Nonagenarian Heeraben Modi, who had to use the help of a wheel chair and other people to reach the bank, exchanged Rs.4500 in currency after filling the required forms.

Wheelchair-bound Heeraben was assisted by slightly older women to the bank and was seen smiling for the cameras after she exchanged her old notes.

Her decision to go to the bank to exchange her currency gives the government run by her son, the much needed support and encouragement in the face of strident objections from some opposition parties such as the Congress, the Samajwadi Party, The Bahujan Samaj Party, the Communist Party of India-Marxist and the Trinamool Congress. 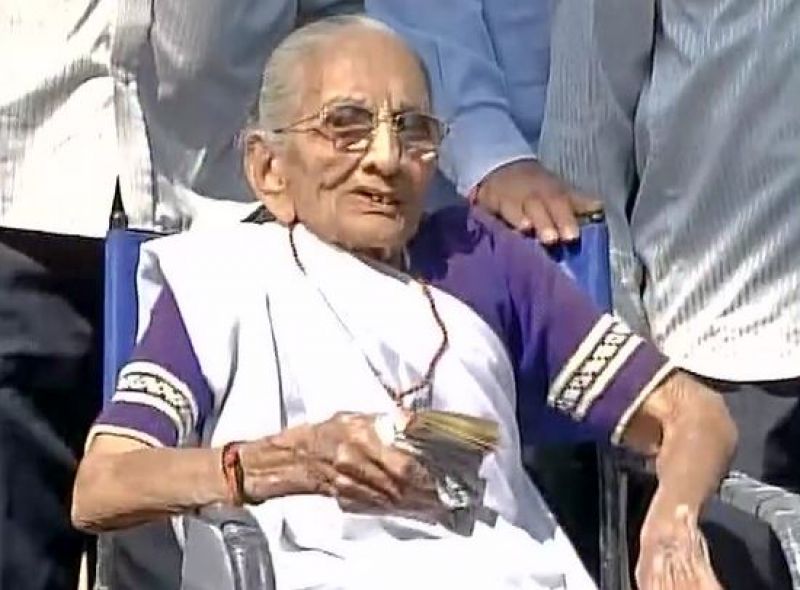 It came on the day the Supreme Court is hearing several petitions challenging the government's decision to scrap Rs.500 and Rs.1000 currency notes.

Four Public Interest Litigations (PILs) have been filed against the controversial scheme, which has caused massive upheavals across the nation.

The PILs were filed in the apex court questioning the government's rational and modus operandi behind the implementation of the drive, as it has reportedly caused inconvenience to the general public.

A PIL was filed in the High Court of Judicature at Hyderabad by advocate Pusala Venkata Krishnaiah, who alleged that a sufficient time frame had not been given for the transition and it would create unprecedented chaos and panic among the people. 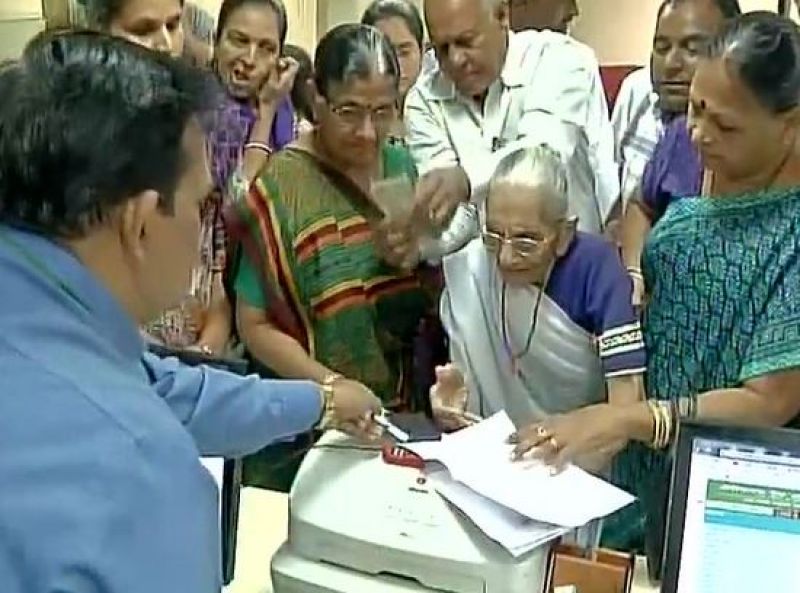 The PIL filed challenges the provision that is Sub-Section 2 of Section 26 of Reserve Bank of India 1934 Act claiming that there is no guidelines how to exercise the power available under the section.

According to sources, the Prime Minister who was chairing the BJP Parliamentary Party executive meeting, told attendees to not buckle under the opposition's pressure and go ahead with the Centre's policy.

Stating that the opposition was hard at work to sabotage the process of demonetisation, the Prime Minister assured that the nation has welcomed the step.

The Prime Minister's assertion comes in the wake of the all out attack launched by the opposition today, as the Congress, Aam Aadmi Party (AAP), Bahujan Samaj Party (BSP) and the Samajwadi Party (SP) joined forces in tearing down the scheme of demonetisation. 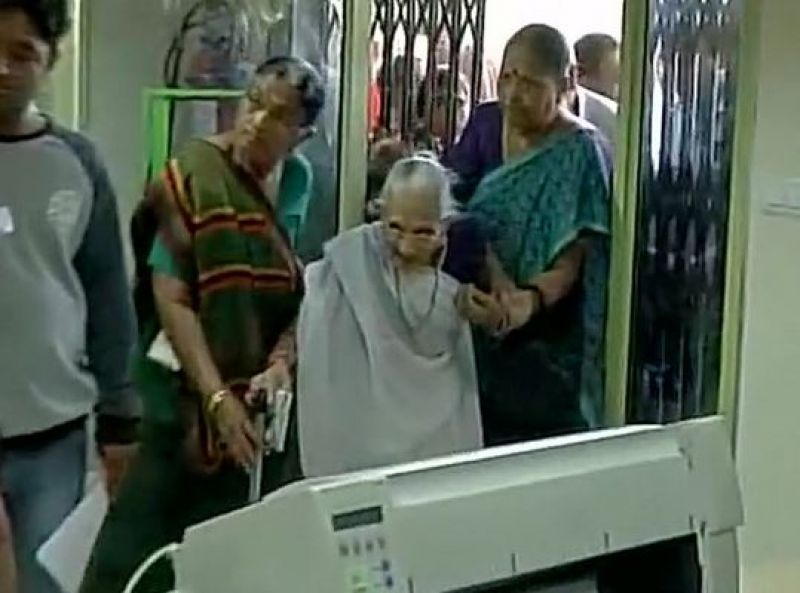 The petitioner said that time for such a huge change should have been given by the government.

Another PIL was filed before the Gujarat High Court which seeks to extend the date of validity for exchanging Rs 500 and Rs 1,000 currency notes and also directs private hospitals to accept old currency notes.

However, Prime Minister Narendra Modi on Monday ordered the government to go full ahead with demonetisation and ruled out any chance whatsoever of rolling back the scheme.