Telangana: A sound way to keep wild animals at bay

The bio-acoustics equipment installed on a farm. The system has kept away a range of animals.

Hyderabad: Sound engineers from Tollywood are stepping in to aid teams tackling elephant, Nilgai and monkey menace to habitations near forests. These engineers will help scientists of the All India Network Project of Vertebrate Pest Manage-ment, Prof. Jayashankar Telangana State Agriculture University, improvise the bio-acoustic techniques and amplify animal noises for this purpose.

For the past two years, scientists led by Dr V. Vasudeva Rao, head of the project, successfully conducted field trials using bio-acoustics wherein natural sounds and calls made by predators like tigers, leopards and jackals, while hunting as also in distress and alarm calls of prey, were played in the fields to scare away wild boars feeding on crops.

Dr Rao said, “Wild boars damage crops from the sowing to seedling stage and the damage would be to the extent of five to 50 per cent in different crops. It was traditionally managed by using barriers, olfactory repellents, masks and artificial sounds. Bio-acoustics is a new technology developed by Grus Ecosiences, Bengaluru, originally for keeping birds away from airports. The technology was then adapted to agriculture to deter birds.”

Bio-acoustics tries to convey the message to animals that “this area is dangerous” for them, in their own language. On hearing the sounds, the animals get scared and start avoiding the area. Crops are thus saved.

Dr Rao said, “We have successfully implemented it in Ranga Reddy, Medak, Adilabad and Mahbubnagar in TS, Kurnool in Srikakulam and Vizainagaram in AP. What’s new is that we are now developing a call sequence of Nilgai, monkey, elephant and other animals. This time, we are taking the help of Tollywood sound engineers who have doctorate in sound mixing.”

Tollywood music composer and sound engineer Dr P. Seshu Kumar, who worked for films of Ram Gopal Varma including re-mastering of the old film Shiva, Vishnu Manchu’s Anukashanam and the latest movie Ice-cream, said, “We are working on the software used in film sound mixing for producing better quality of animal noises. Apart from reducing unwanted noise, I am also working with scientists to give specific geo-environment and seasonal background for the animal voice. We are working on not only shouts but slight movement of footsteps and other aspects, so as to have a very realistic effect. Call sequences of different animals are being researched.”

The call sequence rotates every 18 minutes. Mr Bal Reddy, a farmer of Raghavpur in Ranga Reddy district, who used the technology, said, “It has freed me from the burden of keeping a constant vigil at night.” 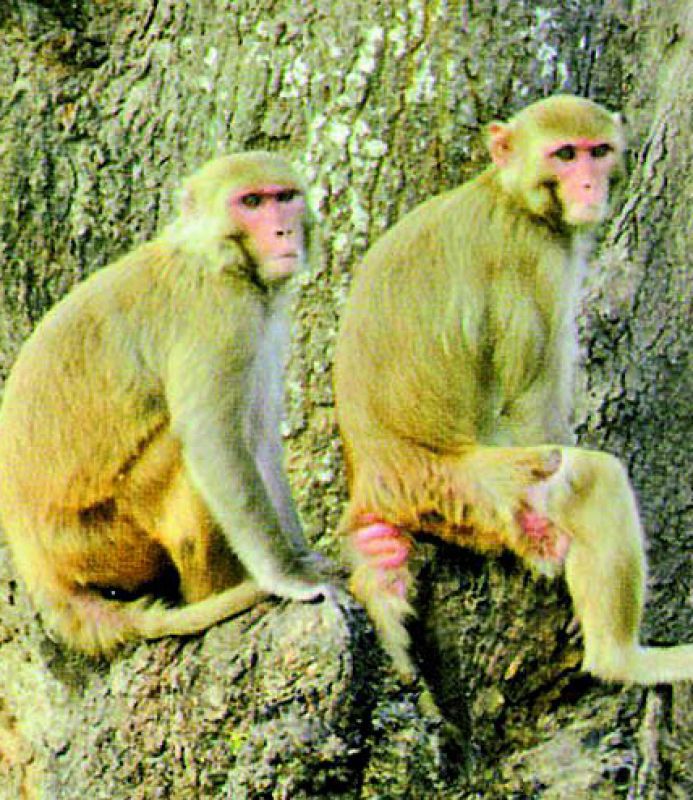 One of the three varieties of monkeys lives in organised groups of eight to 180. The males attain sexual maturity in four years and females in three The breeding seasons is from March to June and September to October, with a lifespan of 15 to 20 years. Its population is increasing in both urban and rural areas.

Macaque management techniques include use of chemical and botanical repellents, high density planting of non-preferred crops on borders, erection of predator effigies and selective de-branching of shade trees in coffee and cardamom plantations. 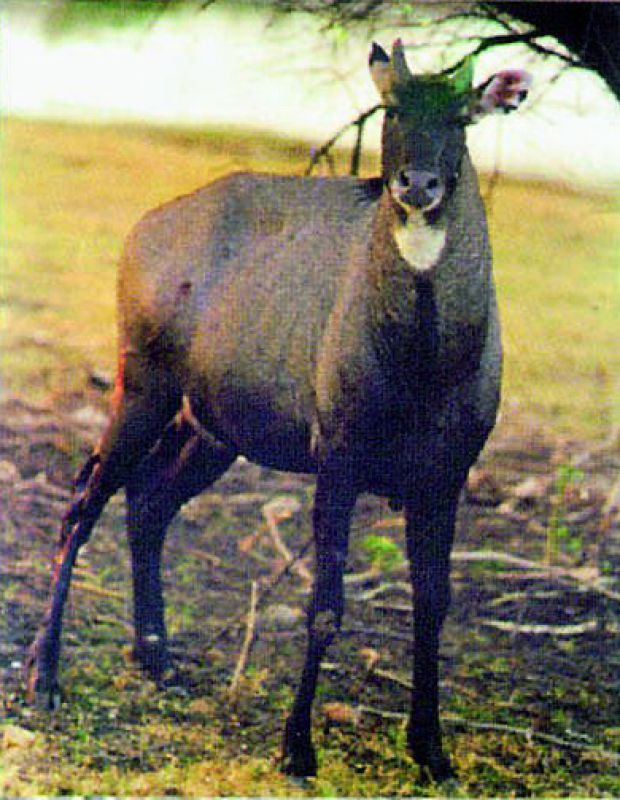 Nilgai, commonly called Bluebull, is mostly affecting crops in central and north India. It lives in small herds of 4 to 10 and sometimes more than 20. It’s a diurnal with a lifespan of 15 years and breeds throughout the year.

Methods of management include spraying of male Nilgai excreta around crop bunds, so as to restrict other males. Spraying of repellants like egg solution, castor and phenyl solution on bunds and high density planting of castor as barrier crop and planting of spiny cacti at edges can also be done.