Statues have never been far removed from politics. Whoever built them had to answer the people about the need for spending so much public money. And if the political climate changed, the statues may even get relegated to warehouses as new champions of the people emerge. 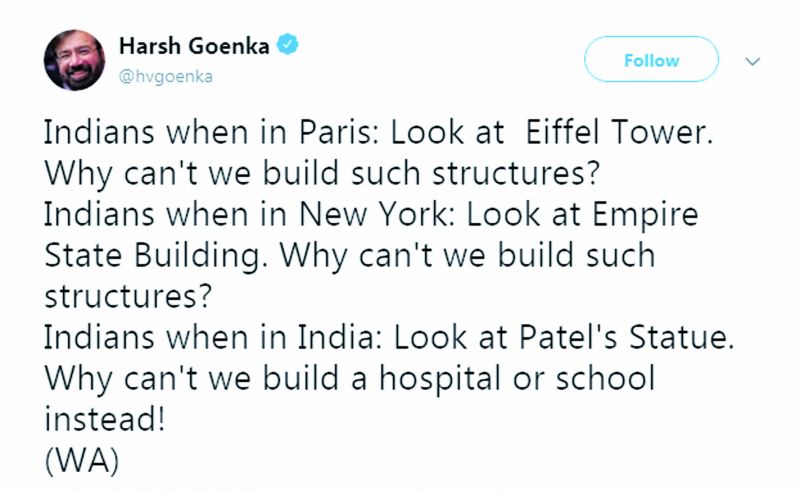 The gigantic Statue of Unity, the world’s tallest, was built to honour Sardar Patel, India’s first Home Minister. At around an estimated Rs 3,000 crore it did cost a pretty penny, but it stands tall to preserve for posterity national respect for a strongman who shaped independent India’s map.

The cost of building the statue set off an engaging debate on priorities and whether a developing nation could be so ambitious as to possess the biggest and the tallest, etc. But it does give a fillip to tourism much as Indians sail to the Statue of Liberty from Manhattan and pay obeisance to the spirit of freedom. Curiously, India’s greatest archeological symbol of grandeur in the Taj Mahal, a monument that is an ode to love, is being downgraded now by the UP government. But no one disputes that it took imagination to conceive of such beauty and build it though one could take exception to the treatment meted out to some of the talented artisans. Those were different times.

A grandiloquent gesture like a giant statue is not to be pilloried only on what it cost. If feeding the poor is the only national priority, India would not have sent a Mangalyaan into space nor conquered so many frontiers in science and technology. If the politics is removed from national ambitions, then it becomes possible to take a sensible view of grand projects.