Under Champagne vineyards, ancient shells offer rare look at past

There are thousands of shells that have been untouched since their sudden disappearance for reasons that are still unknown. (Photo: AFP)

Fleury-la-Rivière: In caves deep underground in France's Champagne region lie thousands of shells that are 45 million years old, a site researchers describe as "rare and exceptional" -- and which may have influenced the flavour of the local bubbly.

"It's my paradise," says Patrice Legrand, a champagne producer and owner of the "Cave aux Coquillages" or Shell Cave, in the Montagne de Reims regional park in northeastern France.

Legrand, 55, who is also an amateur paleontologist, acquired the vineyard in the early 1990s and set about excavating the caves, which are now open to the public. 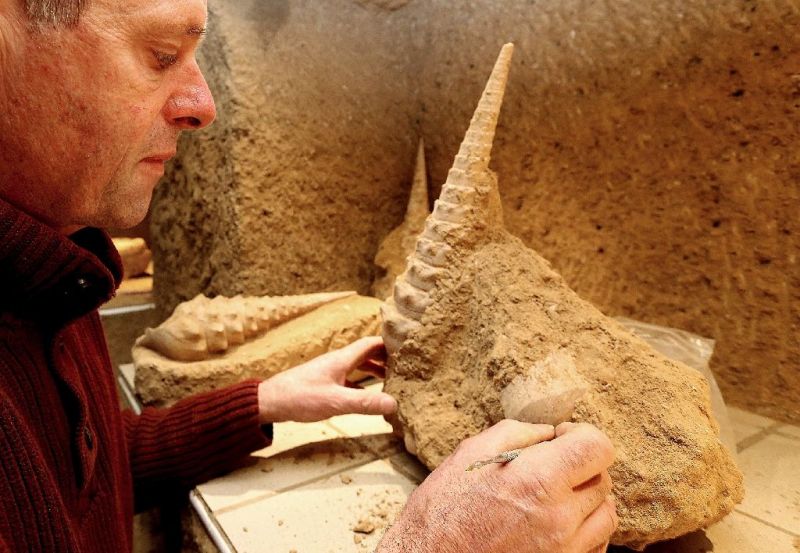 Trapped in a thick layer of limestone, in around 250 metres (820 feet) of underground galeries, are thousands of shells that have been untouched since their sudden disappearance for reasons that are still unknown.

Apart from cephalopods and tiny seashells, some of them microscopic, which Legrand has painstakingly cleaned and catalogued, the star of the visit is undoubtedly the Campaniles giganteum -- gastropods with spiral tube-shaped shells that are 40 to 60 centimeters (16 to 24 inches) long.

In the Lutetian age, or between 47.8 and 41.2 million years ago -- and some 40 million years before the emergence of Homo Sapiens -- "the Champagne region was covered by a warm sea and it enjoyed a tropical climate," Legrand said in the winding galeries which are up to 28 metres (60 feet) underground.

"These are not fossils as such, as in reality they are not fossilised. The homogeneity of the calcified rock and the impermeable clay layer led to this conservation," says Legrand, pointing to the shells, which are smooth inside and have a pearly sheen outside.

Legrand has catalogued some 300 species. And his work has attracted the attention of French and Belgian researchers.

"This site has given us a look at the past," says Didier Merle of the Museum of Natural History in Paris, who has visited the site several times. 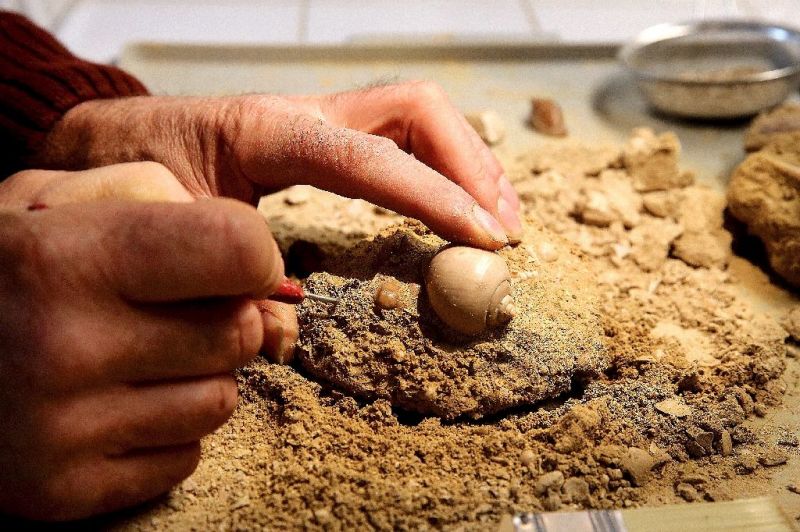 These shells are ancient and beautiful. (Photo: AFP)

"It's exceptional because you can find a large quantity of Campaniles giganteum. We have thus been able to better understand the evolution of the shellfish, the environment and the biodiversity of the era."

He says there "are no longer many sites from this era due to urbanisation. This one is rare from the point of view of the geological heritage and we must preserve it."

In some places, the shells are stuck together in a tangled lump.

"You need patience when you find shells: you take them out in a block, it's the best way not to damage them," says Legrand, who has been excavating tirelessly since 1997, with the help of some basic tools such as an electric jackhammer.

"The Digger" as his neighbours call him, spends his days in the cool subterranean galeries like "a real kid" dazzled by the profusion of shells.

The shells are "inexhaustible, even frightening. I will never have time to dig them all out, I will leave them for future generations."

Besides guided visits, tourists can receive tastings aimed at showing the link between the marine sediments, the vines and the champagnes of that particular part of the region, including the owner's own Legrand Latour brand.

"Shells hold the marine iodine and only release it when it dissolves," explains Legrand, who has developed a champagne with a low level of sugar that is specific to the region.

"And that goes very well with shellfish, like oysters," he adds with a smile.