Morocco unveils one of the world's biggest solar plants

Ouarzazate's power station will use Concentrated Solar Power, a technology that harnesses sunlight to melt salt and power a steam turbine. (Photo: AP)

Ouarzazate, Morocco: Morocco's king is unveiling one of the world's biggest solar plants, taking advantage of the Sahara sunshine and a growing push for renewable energy.

King Mohammed VI is scheduled to inaugurate the $3.9-billion project Thursday in the southern town of Ouarzazate, The plant, also known as Noor I, is the first phase of a project expected to provide 1.2 million Moroccans with power. 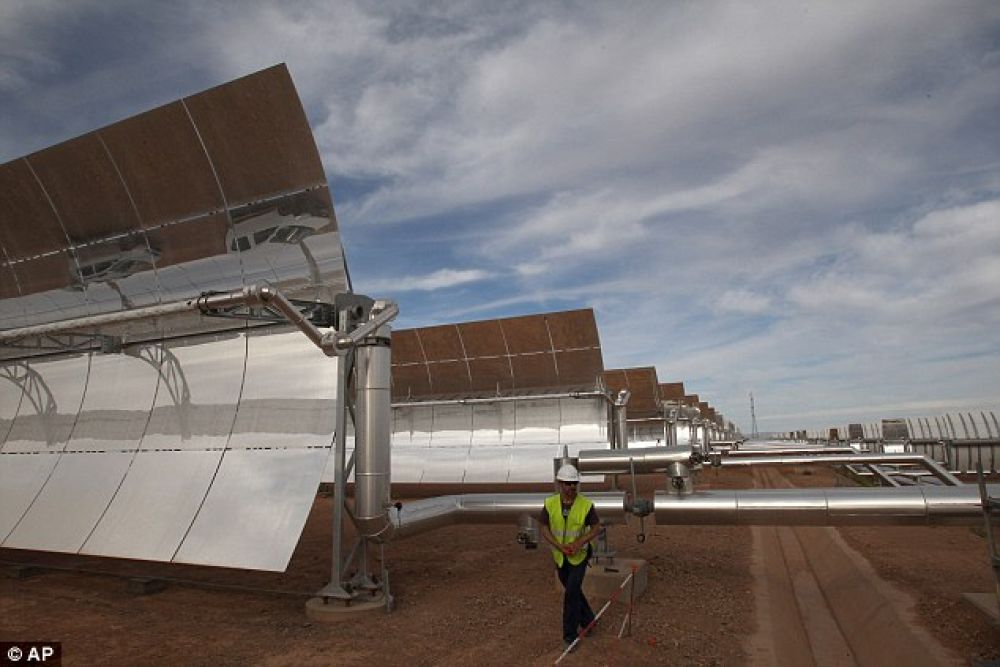 CSP, the technology to be used in Ouarzazate's $9billion plant (pictured), is more expensive than the other main sun-based energy production method - photovoltaic cells. But it has the benefit of being able to produce energy for much longer, up to eight hours in extreme cases. (Photo: AP)

The Climate Investment Fund, a major funder of the project, says it will be the world's biggest concentrated solar plant, meaning it that will store power to generate when the sun isn't shining.

While it's aimed at reducing carbon emissions, environmental activists are concerned that it will require water from a nearby dam for cooling, at a time of ongoing drought.