From being a dedicated actor who used to harbour the quintessential Mumbai dream, to a corporate employee who balances a full fledged family life — Diksha Basu, author of Opening Night is known for many things. Her second novel The Windfall released recently, but that is not all for the young writer. The book’s rights has already been bought by Paramount TV to turn it into a TV series and we chat up the new mother slash word-wiz on the “heartfelt comedy of manners” that her debut novel unfolds.

As a source of inspiration, the Delhiite turned New Yorker admits how massive a role her growing up in Delhi plays in the story.  “I grew up pleasantly being shuttle corked between Delhi and New York. The gradual evolution of India through the years didn’t just disappear on me. I remember my grandparents’ house vividly and it’s still very much home to me,” she reminisces. 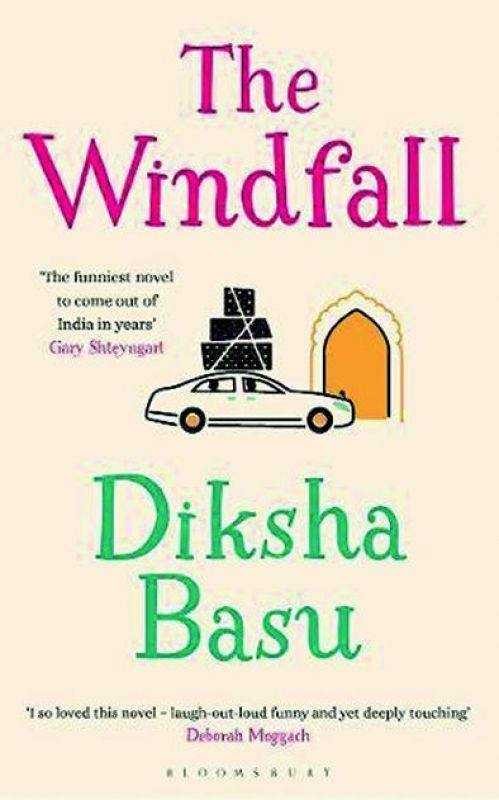 From the explosion of wealth all around the city in the 90’s to the posh mansion that her parents had suddenly decided to move into, this is the story of a family’s journey towards realising what it means to ‘make it’ in the modern India. Influenced by nothing in particular, yet bits and pieces from her life in the Capital, Basu talks about men and their watch, women and their sexuality, and coming of age and the confusion revolving around it. In the consequential turn of events, Rupak, the protagonist who is studying in New York, realises that his and the family’s future are riddled by money. “I tried putting the personal perspective of a middle class family coming into a large sum of money, earned through hard work of course.” However, the most strikingly refreshing aspect of the tale is the lack of condescension in the narrative. “At the end of the day, I was just someone who alongside being observant, eavesdropped a lot too! I feel so much affection for every single character in the book,” Diksha adds, somuch that she has already indulged in penning a not-so-spin off of the tale.

Surprisingly enough, writing isn’t where her heart was settled all through. “After all those struggling years in Mumbai, I eventually decided to give up on my absurd dream of acting. That is when Masters at Columbia happened and somehow writing and I sought out to each other.”

What had started as a collection of short stories soon turned into a book and here she is now, still overwhelmed at the positive responses her novel has been achieving. “This is definitely not autobiographical,” she states, regarding the genres she has treaded upon. “Genres are poorly defined these days anyway. In today’s literature, there is a lot of freedom to move in between the genres,” she laughs as the liberalist within her resonates in unison with the voice of the book.”