Artist C.D. Jain with his painting

While watching C.D. Jain’s paintings displayed at the Kerala Lalithakala Akademi art gallery, DC Kizhakemuri Edam, in Kottayam, the first element that will catch one’s attention will be the bright and cheerful shades. Give a closer look, one can find different shades of childhood in these paintings.

Yes, it is a tribute to childhood. His art practice has been like that since 1996, after Jain came across cruelties children face in our society, during his stay at a hotel in Madurai. During his visit, while sitting in an open-air restaurant, he saw a 13-year-old girl, who was a victim of child abuse and superstitions. 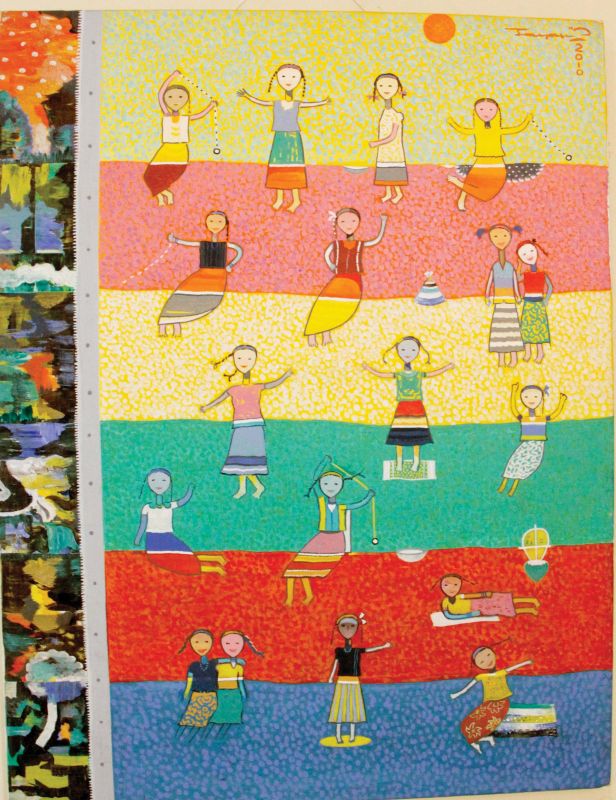 Jain says he could not erase her image from his mind even after days. It encouraged him to set off on a journey visiting different districts in Tamil Nadu to meet children like her, with the help of NGOs. “I met around 600 children,” he recalls.

His visits culminated in an exhibition held at Madurai Gandhi Museum Art Gallery in 1997. Since then, it has been his subject. “I explored different aspects such as child labour and child abuse,” says Jain who has been in the art scenario for the past 23 years. 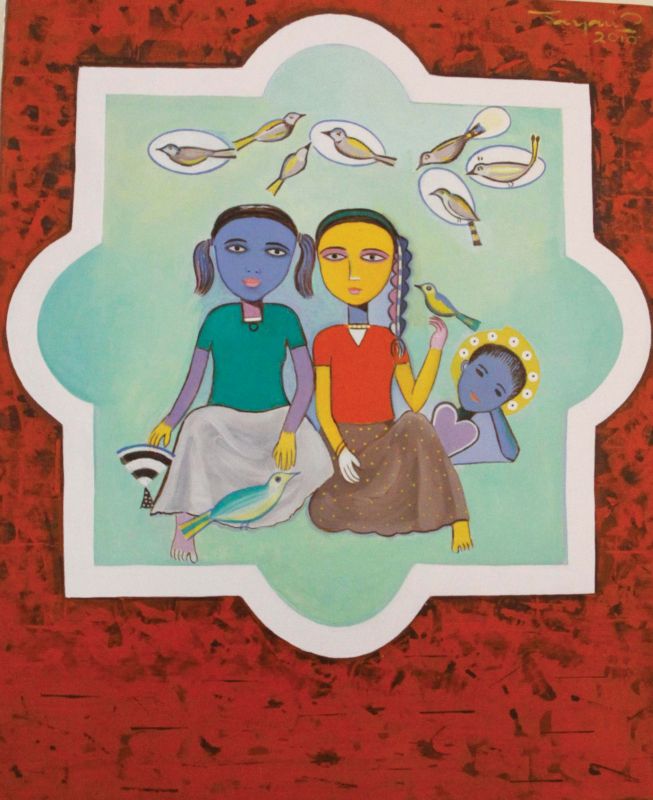 One of his series, ‘Missing’, featured portraits of children in colours, while another one titled ‘Destitute’ portrayed pangs of children, mostly in black and white and nude shades. The current show, his 20th solo exhibition, has 21 paintings on children, including a few from ‘Joyous Moments’ series that depict happy moments of children in the rural area. 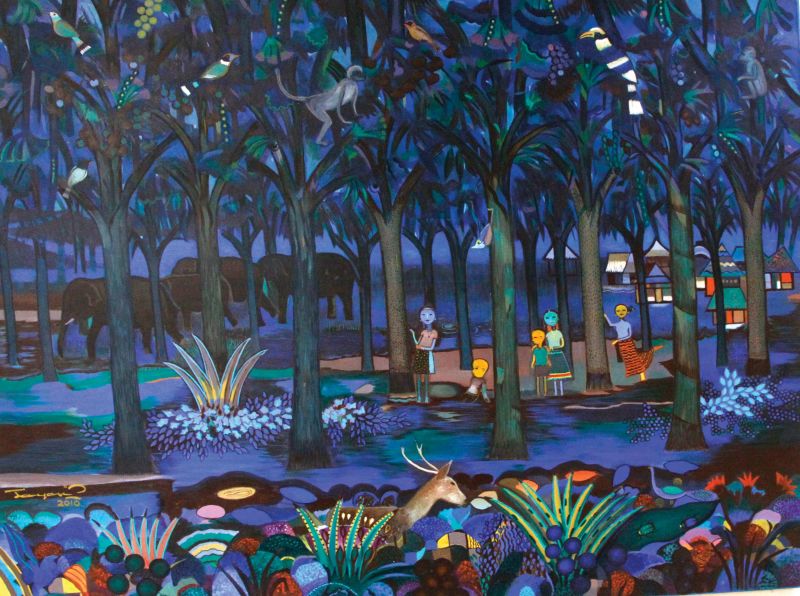 One of the interesting features of Jain’s paintings is that though they speak about harsh realities that children belonging to a certain strata of society face, they are strangely colourful. He does not follow the pattern of using only dull shades to show sadness. The paintings carry the cheerfulness and innocence of childhood although its subjects miss it. Through symbolic images, they remind viewers of the need to give children their childhood back.

Ask him about the contradiction of using bright shades for depicting sorrow, and he says, “Even though shades are bright, one can unearth various emotions lying beneath those colours.” The current show is open till August 15, from 10.30 am to 6.30 pm.