The audio of Tamil superstar Vijay's film 'Mersal' was launched in a grand event in Chennai on Sunday, which was attened by several stars from the film industry. (Photo: Twitter)

Vijay enjoys tremendous fan following among fans of Tamil cinema. The actor had also featured in 'Bairavaa' earlier this year.

Crowd went into raptures when the one of the songs from the film was played. Vijay has a massive fan following not just in Chennai, but all over the world.

Dhanush addresses the massive crowd at the event. The actor was recently seen in 'VIP 2', a film he has scripted and produced opposite Kajol and Amala Paul.

Very rarely do we see two Tamil superstars coming together for the same event and fans got excited and created such collages on social media when Dhanush made an appearance at Vijay's music launch.

Kajal Aggarwal and Samantha Ruth Prabhu are the lead actresses of the film. The two actresses, who have worked with Vijay in the past, came out in style for the event.

A R Rahman has been a legend not just in Bollywood and Hollywood, but mainly for South films. The music maestro even performed at the event.

Vijay's 'Mersal' is one of the most anticipated films of the year, set to release during Diwali this year. The budget of the film is set at Rs 130 crore, which is a massive amount for a Tamil film.
Tags: actor dhanush, a r rahman, mersal 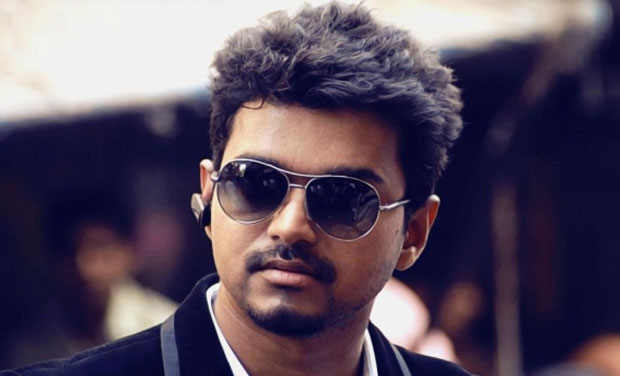