The actor tweeted mocking the turn of events, projecting it as an insult to the democracy.

Mumbai: Kamal Haasan, who has been quite vocal about his criticism of the current turmoil in Tamil Nadu politics, has once again hit back again after sitting Chief Minister Edapapdi Palanisamy of the AIADMK won the trust vote with the support of a staggering 122 MLAs.

The actor tweeted mocking the turn of events, projecting it as an insult to the democracy.

The House had been adjourned twice after the opposition vehemently protested the trust vote. DMK MLAs, including leader Stalin were forcibly evicted by marshals, following which Congress MLAs staged a walk-out. The Trust Vote was subsequently passed in the absence of the MLAs of the opposition parties. 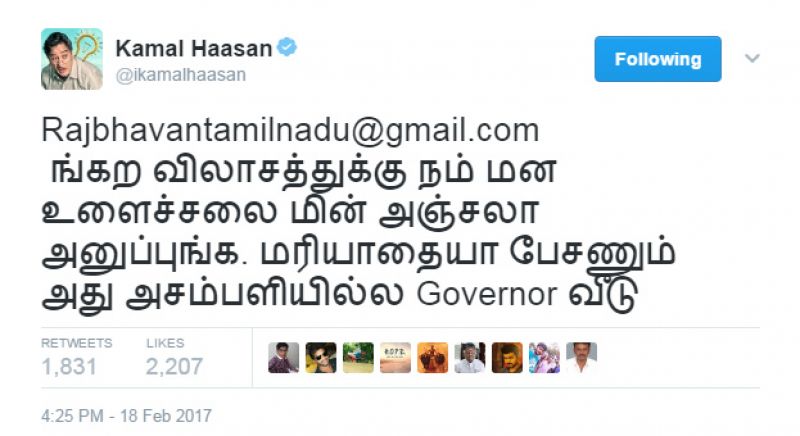 The tweet reads, "Please send your grievances as emails to Rajbhavantamilnadu@gmail.com. But be polite, this is not the assembly, but the governor's house."