Mumbai: Sunil Grover is currently the toast of town, having been at the receiving end of Kapil Sharma’s debauched onslaught during a flight.

The two later had a very public spat with Sunil rumoured to have quit the show.

There have since been conjectures galore flowing around over Sunil’s future.

Comic act All India Bakchod, who’re into the second season of their news comedy, ‘On Air With AIB,’ had cracked a joke during one of their episodes, insinuating that Sunil was welcome to join them.

However, the internet later went into a frenzy, at the prospect of Sunil joining them.

This forced Rohan Joshi, on of the four members of the outfit, to issue a clarification, stating that it was nothing but an opportune joke. 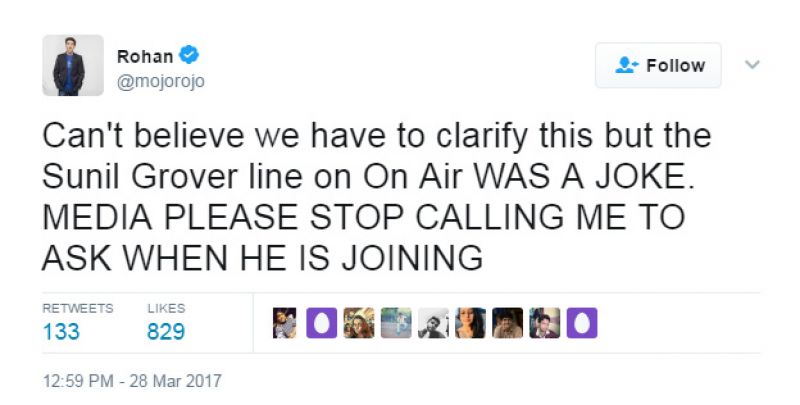 Well, that clears the air for now.