Sanjay Dutt is released after serving the remainder of his five-year sentence for possession of illegal arms in the 1993 Mumbai serial bomb blasts case.

Mumbai: Few popular Mumbai restaurants are celebrating Bollywood actor Sanjay Dutt's release by offering a special culinary delight and drinks for free and on discounted rates to all patrons and fans on 25th February 2016.

Noor Mohammadi Hotel, which is located in southern Mumbai, will serve 'Chicken Sanju Baba', which is an original recipe of Sanjay Dutt, free of cost between 12 p.m. to 12 a.m.

When contacted the owner of Noor Mohammadi, he confirms, "Yes, we are coming with this amazing offer on 25th as Sanju Baba is coming out from the jail. He has visited many times at our hotel. Once he asked us to introduce his original recipe into our menu and call it 'Chicken Sanju Baba'. We will be serving the dish free from 12 p.m. to midnight. We had stopped serving the dish after he went to the jail but we are starting from 25th onwards. " 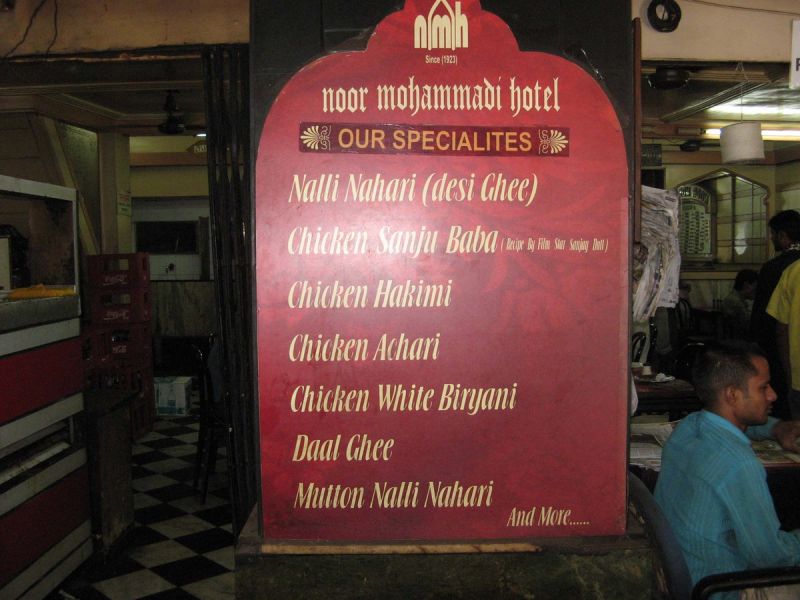 It's BHAI-BABA offer at 'Bhaijaanz' in Bandra. Salman themed restaurant 'Bhaijaanz' celebrates Sanjay Dutt release by inventing a new dish called 'Bhai-Baba- chal mere bhai', a combination Dish of mutton kheema which is embracing chicken, as mutton is liked by salman and Chicken by sanju baba. The new dish will be served free of cost while its 50 percent off on the other menu items. 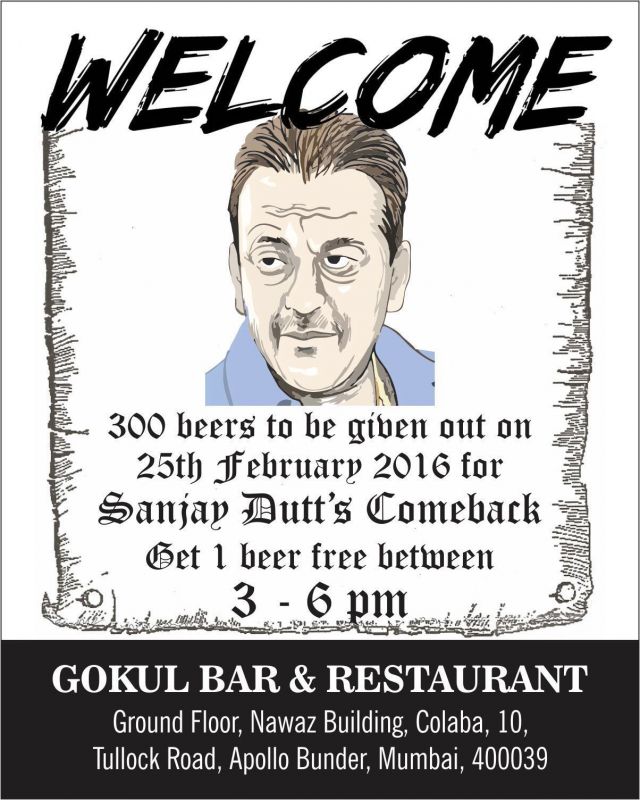 Sanjay Dutt is released from the Yerawada Central Jail, Pune on Thursday morning. The 56-year-old celebrity prisoner is released after serving the remainder of his five-year sentence for possession of illegal arms in the 1993 Mumbai serial bomb blasts case.