Mumbai: Kareena Kapoor Khan, who is expecting her first baby with husband Saif Ali Khan, was snapped shooting for an advertisement in Mumbai on Wednesday. Dressed in her monochrome dress, Kareena was camera ready when she stepped outside of her vanity van for the shoot.

Embracing pregnancy beautifully, the actress is also continuing with her work life and turning into a role model for many women around the world. Just few days back, Kareena blasted those who speculated about her maternity break. The actress put an end to all the rumours by saying that pregnancy is the most normal thing on earth to produce a child and that it was high time that media backed off and stopped treating her differently. Kareena made it clear that she will not stop working.

For the uninitiated, there were speculations that Kareena, who is due in December, will push forward the shoot of her next 'Veere Di Wedding'. However, the makers soon released a statement stating that they will begin filming from August. The actress will shoot for some magazine covers by October before she goes on maternity leave. 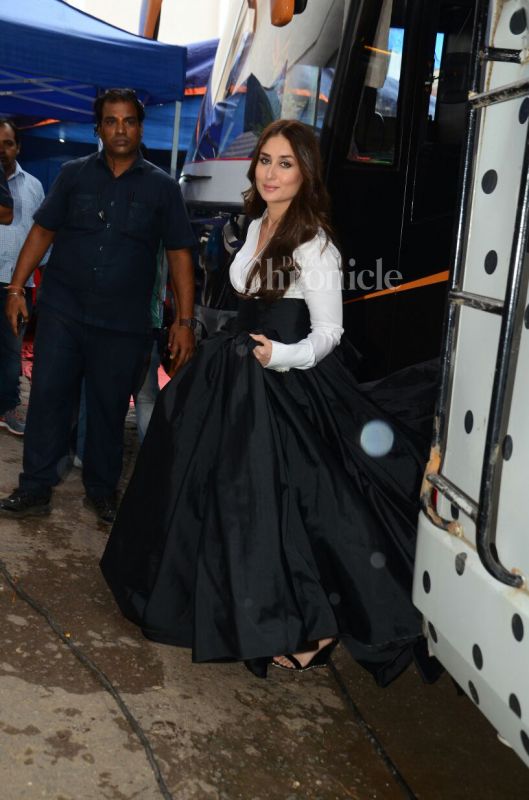 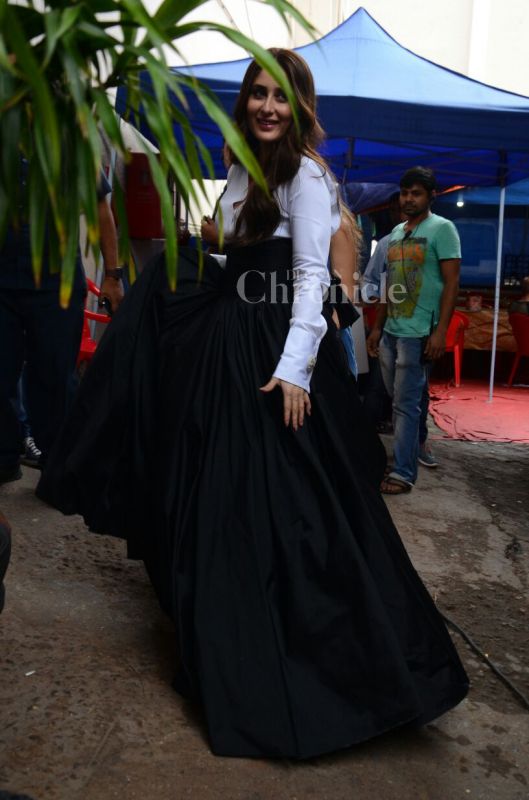