Can they recreate the iconic SRK-Kajol magic on-screen?

Mumbai: Karan Johar is a self-confessed Shah Rukh Khan fan, often referring to the superstar as his mentor. Karan’s debut, 'Kucch Kucch hota Hai,’ counted amongst the biggest cults the country has seen till date, often is said to make him emotional.

The Dharma head honcho, who’s returning to the director’s chair with the Ranbir Kapoor- Anushka Sharma- Aishwarya Rai Bachchan starrer ‘Ae Dil Hai Mushkil,’ is quite excited about his love starrer. Early on Monday, the director tweeted a still collage, with Ranbir and Anushka recreating the famous nose tap  between Shah Rukh and Kajol from ‘Kucch Kucch Hota Hai’. 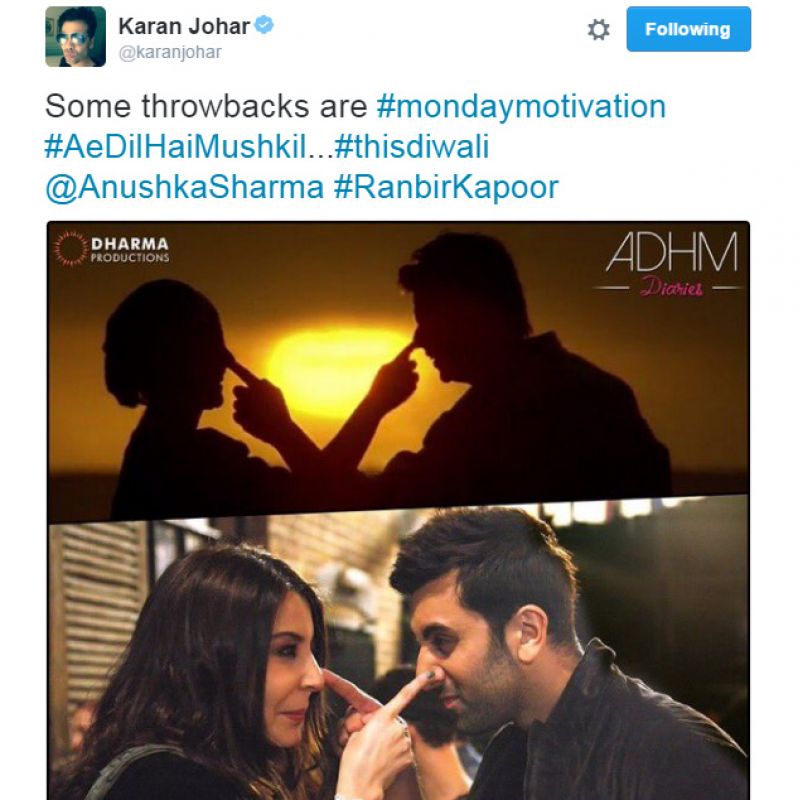 The film, also starring Pakistani heartthrob Fawad Khan, is said to have an extended cameo by Shah Rukh Khan.

The songs of ‘Ae Dil Hai Mushkil’ are already quite the chartbusters and Karan, who last directed 2012’s ‘Student of the Year,’seems quite excited about this.

The film is all set for a titanic clash with Ajay Devgn’s highly anticipated ‘Shivaay’.