Deepika Padukone laughs her heart out with sister, friends at Bengaluru event

Ms Padukone might be a globe-trotter. But, the Bengaluru girl always takes the time out to indulge in the small joys of the city that she grew up in, and loves spending time with her family. The gorgeous hudugi was spotted having a blast with her close friends recently. 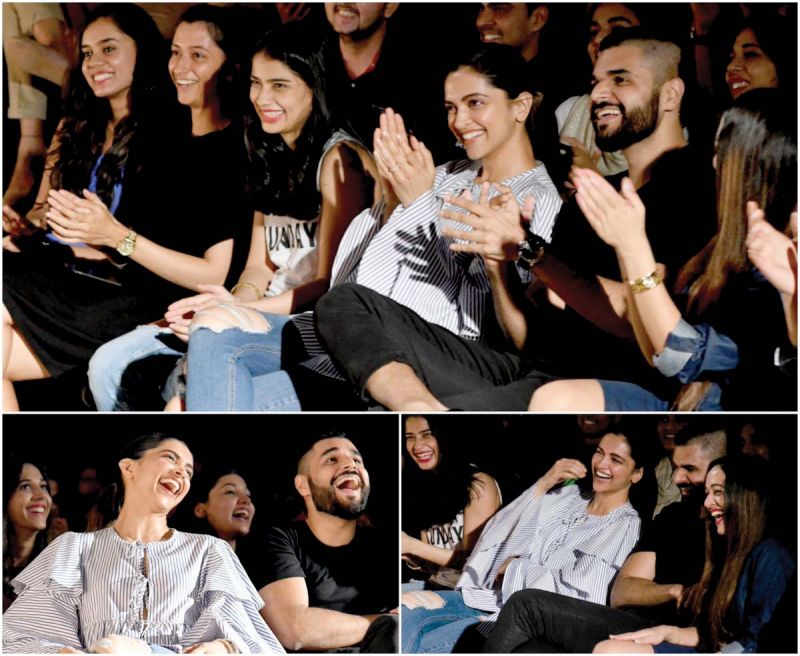 The superstar was seen chuckling away at an Improv show with her squad Srila Rao, Nikhil Sosale, Malavika Nayak and sister Anisha. We also hear that the leggy Deepika indulged in some soul food — signature south Indian delicacies at Veena Stores in Malleswaram. With the much-talked about period drama Padmavati slated for release soon, looks like Deepika is really in the mood to unwind.

There has been speculation that the actress has not been able to grab lucrative projects when compared to her friend-turned-rival Priyanka Chopra; but by the looks of it, Dippy seems to be living the moment and enjoying the now — something that has been her mantra ever since she came out in the open about her battle with depression, and conjured up The Live Love Laugh Foundation.