Amitabh Bachchan shooting in New Delhi for his cameo in 'Padman'. (Source: Twitter)

Mumbai: We’d informed you all about Amitabh Bachchan playing a cameo in Akshay Kumar and Sonam Kapoor starrer 'Padman'.

The millennial Amitabh Bachchan is currently in New Delhi busy shooting his portions for the film.

Here are the pictures straight from the sets of 'Padman' from the capital: 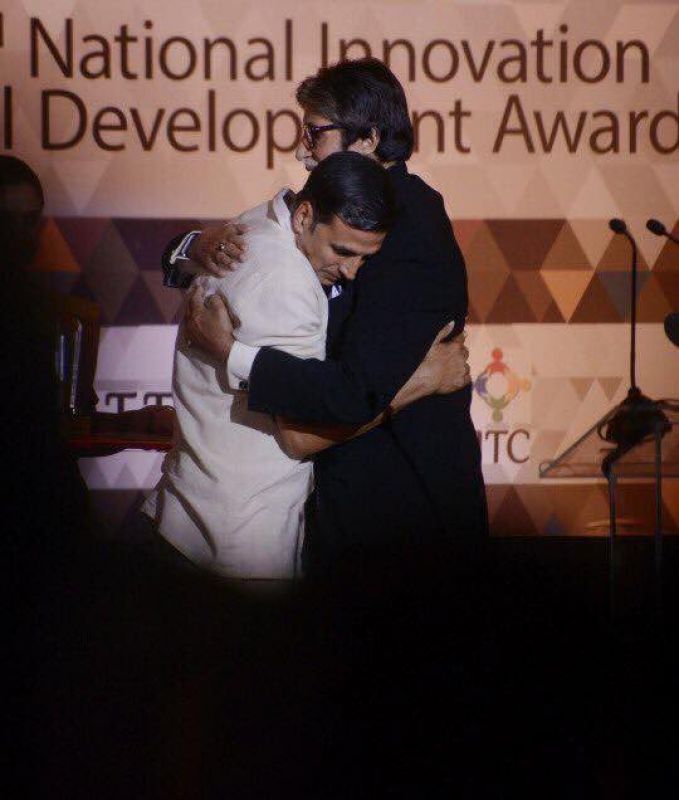 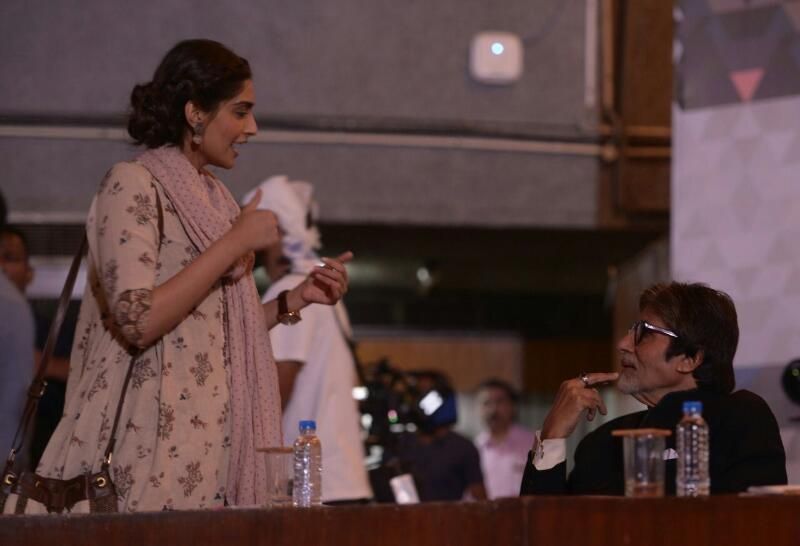 The actor is seen sharing some light moments with Akshay and Sonam individually.

In a late night blog post on Friday, the veteran actor had written: "I work tomorrow... A shoot for R. Balki for the film he does with Akshay Kumar. A special appearance for a few minutes."

Also, talking about the director, Amitabh wrote: "Balki does carry his sincerity at every step of his creativity and must have my presence in some form or another, and so here I am."

Amitabh and Balki have worked together in films like 'Cheeni Kum', 'Paa', 'Shamitabh' and he also featured in cameos for the director’s other projects 'English Vinglish' and 'Ki & Ka'.

'Padman', which is produced by Akshay’s wife Twinkle Khanna, is a film based on a real-life man who made sanitary pads accessible to women of his village.

Apart from Akshay and Sonam, we will also see the talented Radhika Apte in the film.