Mumbai: The Ganesh festival is currently being celebrated in the country and several Bollywood stars have also been engrossed in the festive fervour.

While some have welcomed Lord Ganesh to their home and some have already big him adieu, as was seen in the Visarjan ceremonies held by Sanjay Leela Bhansali, Anil Kapoor, Govinda, Shilpa Shetty and others, some stars have also been spotted visiting the massive Ganesh idols in Mumbai.

Amitabh Bachchan was also snapped seeking the blessings of Lalbaugcha Raja, one of the biggest Ganesh idols in Mumbai. However, Abhishek made his way through the gullies of Mumbai to visit his make-up man’s Ganpati, which was kept in a small mandal.

Abhishek was seen praying to the Ganpati, performing the aarti, accepting the Prasad, and even signing a few autographs for his fans. 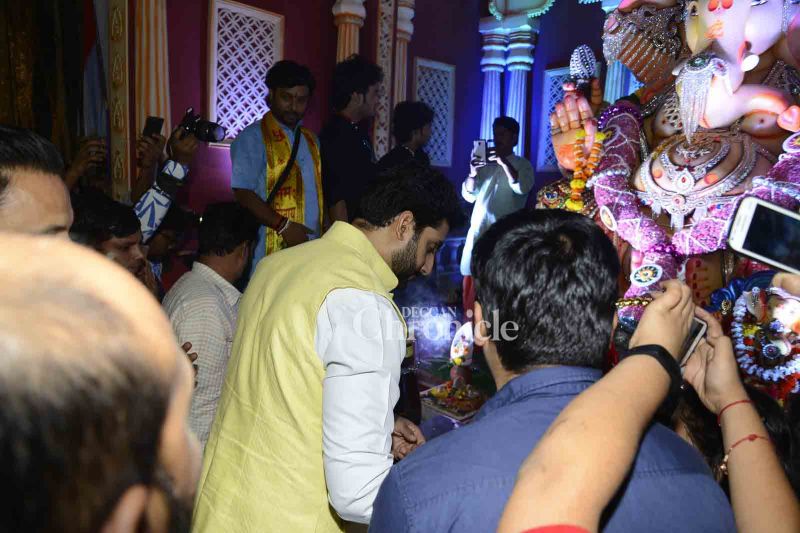 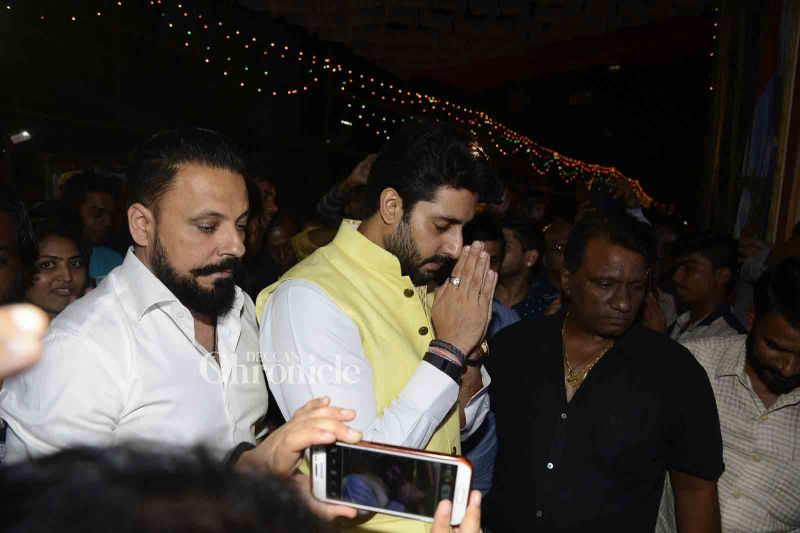 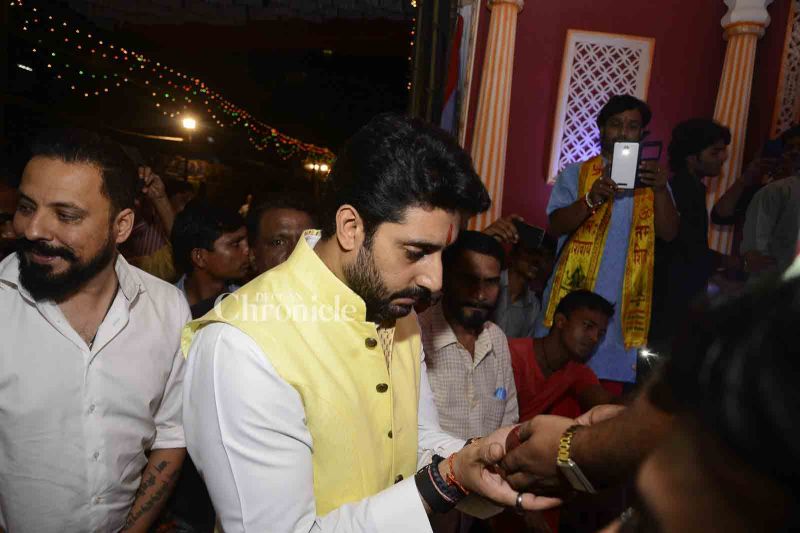 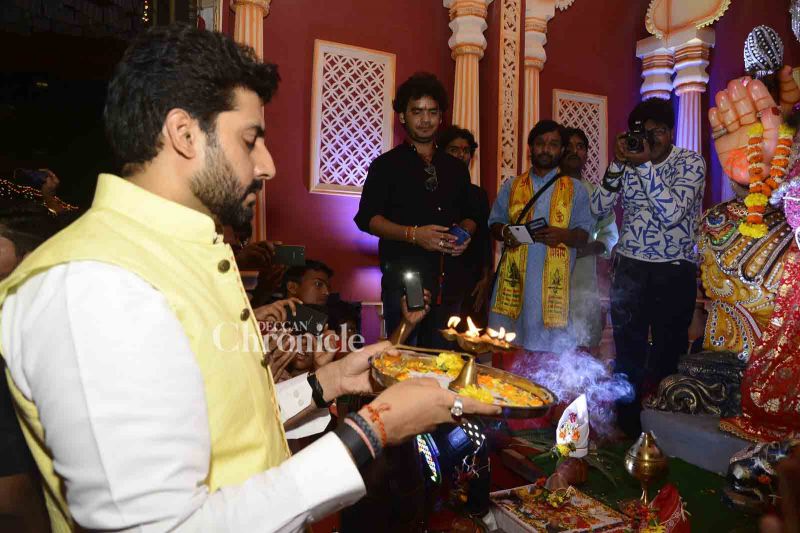