The older the better’ seems to be Bollywood’s mantra when it comes to casting actors. There are several movies in recent times that prove that ageism still plagues Bollywood. Take for instance, Shah Rukh Khan and Anushka Sharma’s latest movie Jab Harry Met Sejal — while Anushka looks young, SRK looks aged opposite her. Apparently, the movie is assumed to be one of SRK’s lowest film openings in recent past — as per a report on BoxofficeIndia, it collected Rs 16.5 crore on its first day at the domestic box office. As Salman’s Tubelight had also performed moderately at the box office, it seems like the old-looking SRK and Salman are no longer appealing as young lover boys when cast opposite young actresses. Then why are actors still being paired opposite actresses half their age? 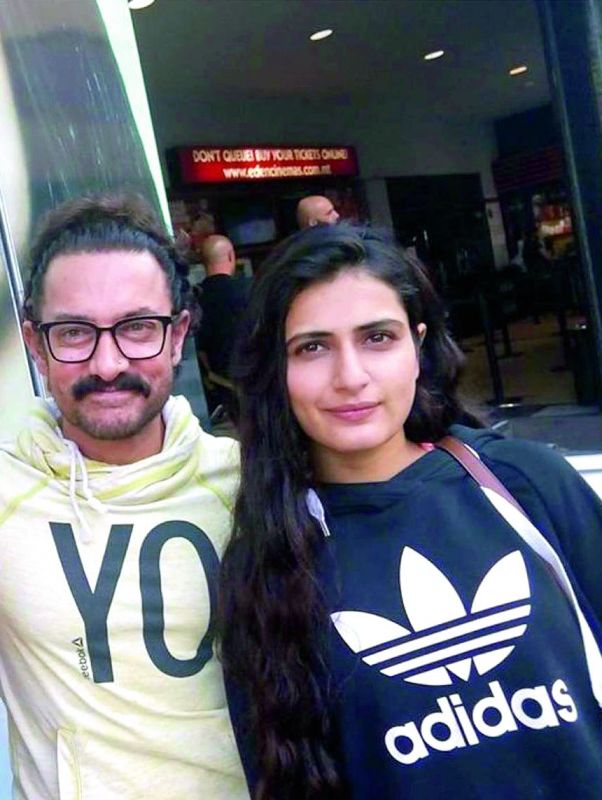 Rumours are that 25-year-old Fatima Sana Shaikh will romance 52-year-old Aamir Khan in Thugs of Hindostan — she had earlier played his daughter in the superhit film Dangal! Akshay Kumar will be seen opposite 28-year-old Bhumi Pednekar in Toilet: Ek Prem Katha. In the past, we have also had the likes of Salman Khan acting opposite Sonam Kapoor and Anushka Sharma in Prem Ratan Dhan Payo and Sultan respectively. Though we have had movies like Ki & Ka where Kareena Kapoor was cast opposite Arjun Kapoor, films with older actresses romancing young actors is not common.

Filmmaker Sajid Khan points out that this trend is common worldwide. “We have had the likes of Tom Cruise and Daniel Craig act opposite actresses half their age. This happens 99 per cent of the time worldwide. If the actor looks good, and can do justice to his character, why should the age matter? Casting an actor who suits the role is important,” he says.

On the other hand, director Onir says that the trend should be applicable to actresses too. For instance, would filmmakers dare to cast the likes of Madhuri Dixit or Juhi Chawla opposite SRK or Salman now? “As long as older actresses are also cast opposite young actors, the trend should be okay. However, if a director ever thinks of casting an older actress opposite a young actor, everyone makes it a big deal,” he says.

Experts point out that if the chemistry between the lead pair is impressive, age should not be a problem at all. “It’s not the first time this is happening in Bollywood. SRK-Anushka look good together on screen. In the same way, if another pair shares good chemistry and the director thinks the same, this trend should be okay,” says film critic Taran Adarsh.

However, in most cases, it’s not just the directors or producers, even the audience finds it difficult to accept an older actress. According to experts, it is all about glamour in the film industry. It seems only the likes of SRK, Aamir and Salman can bring “glamour” to films, so people are readily lapping up the content on offer.

Experts even point out that it’s not just films, even content on TV is at times meaningless yet it is being accepted by the audiences. For example, even though child marriage is an unlawful practice, depicting it on TV has become so common — it is all about selling the content while making it look good.