<b>Indra Nooyi </b> is an Indian-American businesswoman and the CMD of PepsiCo. She joined PepsiCo in 1994 and had risen through the ranks to arrive at her current position. She is a regular in 'most powerful women' lists.

<b>Sheryl Sandberg</b> is the Chief Operating Officer (COO) of Facebook. The story behind her appointment to this post is quite fascinating. Here is the short version: Facebook founder Mark Zuckerberg, who had met her at a Christmas party, was so

<b>Oprah Winfrey</b> is best known for 'The Oprah Winfrey Show', but her business and philanthropic interests has grown more popular than her television programme. Born into a poor family in the US, she has now become America's only African-American

<b>Angela Ahrendts</b> is currently the CEO of Burberry, but has been drafted by Apple to join the company as the head of it's retail division. She is ranked 53rd on the Forbes' list of the World's 100 Most Powerful Women.

<b>Anne Sweeney</b> is Co-Chairperson of Disney Media - a subsidiary of The Walt Disney Company which looks into the company's TV interests.She has worked in top posts of other media companies before joining Disney.

<b>Irene Rosenfeld</b> is the Chairman and CEO of Mondel?z International - a multinational company with interests in confectionary, food and beverages. The company employs around 100,000 people globally.

<b>Maria das Gra&ccedil;as Silva Foster</b> is the CEO of Petrobras-Petr&oacute;leo Brasil, Brazil&rsquo;s state-controlled oil company. She is a chemical engineer by education.

<b>Marissa Mayer</b> is the President and CEO of Yahoo! She was one of the first recruits in Google (recruit number 20 to be exact), when the company was still in it's budding stages. She was a key member of the Google team, before being whisked

<b>Meg Whitman</b> is the President and Chief Executive Officer of Hewlett-Packard (HP). She had earlier worked in The Walt Disney Company.

<b>Safra A. Catz</b> is the Co-President and Chief Financial Officer (CFO) at Oracle Corporation, a post she has held since 2011. She also figures in the Director Board of the company.

<b>Sara Blakely</b> is one of the youngest self-made billionaire's in the list. She is the founder of Spanx, an undergarment company.

<b>Ursula Burns</b> is the Chairman and CEO of Xerox. After joining Xerox as an intern, she became the first African-American woman to run a Fortune 500 company. She helped turn Xerox's carbon copy reputation to a $22.4 billion revenue organisation.

<b>Virginia Marie 'Ginni' Rometty</b> is an American business executive who is the current Chairwoman and CEO of IBM. Rometty is the first woman to head the company. 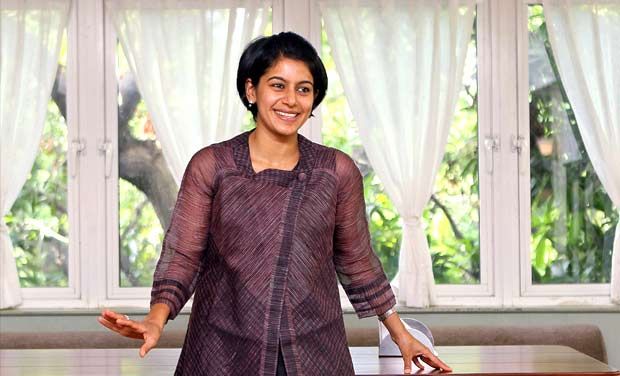 India's most powerful businesswomen of 2013